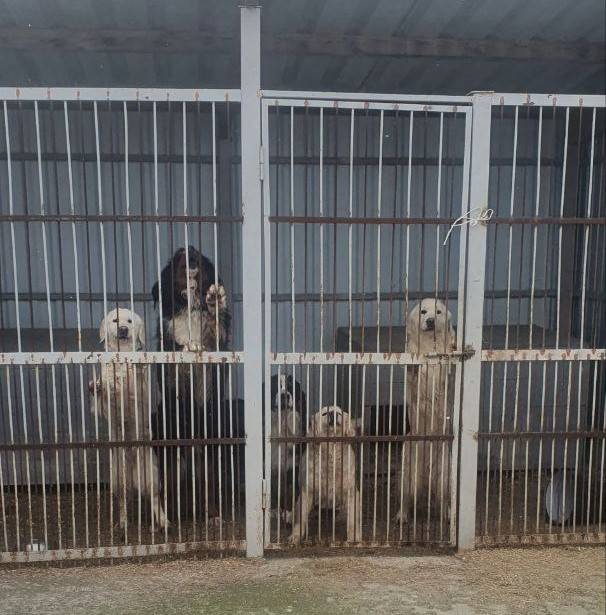 Ukraine is home to almost 1 million dogs and more than 5 million cats. As of early June, 14 million Ukrainians had abandoned their homes since the war began. The number of pets left homeless by the war is impossible to determine. Animal rescue groups, charities, and concerned individuals are struggling to save these homeless pets .

Pets are often considered the “forgotten” victims in a war or disaster, but the shocking images that have come out of Ukraine showing displaced dogs and cats roaming the streets without food or water, many with severe injuries, are not likely to be forgotten soon. Ukraine is home to almost 1 million dogs and more than 5 million cats.  Although the number of pets left homeless by the war is impossible to determine, the scope of the crisis is staggering.

According to the BBC, as of early June, 14 million Ukrainians had abandoned their homes since the war began. We have seen heart-wrenching images of Ukrainian refugees carrying their beloved dogs and cats as they fled burned-out cities and battle zones. But there are untold numbers of pets whose owners were forced to leave them behind in the chaos and destruction.

Animal rescue groups, charities, and concerned individuals are struggling to save these homeless pets by providing them with food, water, shelter, and veterinary care.  The need for all types of survival essentials is huge.

Even though it might seem like a drop in the bucket, members of the worldwide pet industry can make a difference, however small, by lending whatever support they can to the Ukrainian pet relief effort, said Olivier Amice, CEO of Whitebridge Pet Brands, a global leader in natural pet health nutrition.

“Though helpless to change the situation, we in the industry are in a position to provide food and other basic survival necessities that can save the lives of pets that have been abandoned and are suffering as a result of this tragic upheaval,” said Amice. “Every pet that is saved is a victory that counts.”

Whitebridge’s team in Italy has prepared a shipment of five full truckloads of dog and cat food for the relief effort, which will soon arrive in Mykolaiv, a port city in south Ukraine. Although small in the full scheme of war, this donation will provide thousands of meals to pets in need.

Another way Whitebridge has lent its support is through its purchase of the American Kennel Club’s “Peace for Ukraine” apparel.  One hundred percent of the apparel’s sales proceeds will be donated to Casa lui Patrocle, an animal rescue located 25 miles outside of Ukraine in Romania, which is offering shelter, veterinary care, and emergency assistance to anyone crossing the border with pets. “As a citizen of the world, we have an obligation to engage in the Ukrainian pet relief effort, and we can — and will — continue to provide our support,” said Amice.