Dogs are very much like humans: Some have great manners; others have none. Some dogs writing a manners column for wayward pups isn’t that far-fetched of a concept. These are some of the advice topics dogs might ask — and how straightlaced dogs would answer them.

Dogs are very much like humans: Some have great manners; others have none. I don’t know about you, but I’ve known dogs whose looks of harsh judgment and superiority could make even the most poorly mannered people change their ways for the better.

In my humble opinion, some types of dogs writing a manners column for wayward pups isn’t that far-fetched of a concept. I mean, not mine — mine would give advice on how to be a hooligan — but others could give “Dear Abby” a run for her money.

These are some of the advice topics dogs might ask — and how straightlaced dogs would answer them.

Why doesn’t the cat appreciate my overtures of affection? Is he even a real being?

We’re fairly certain cats are not alien species, despite evidence to the contrary. Some actually enjoy canine affection and dare seek it out; others just aren’t that into you. Unless kitty comes slinking around for cuddles, it’s best to leave this sharp-clawed, foreign four-legger alone.

Our mail carrier is particularly evil. How can I let him know I’m on to him without subjecting my owner to legal liability?

We know you’re asking yourself who creeps onto private property every day to drop off a bunch of useless papers. Odd, uniformed people deliver what is called “mail” to your owners every day except holidays and Sundays. They mean you no harm and, frankly, your angry, aggressive vibe is sketchy. Sure, do your job, but chill on this one. They sometimes carry ouchy eye spray and other dog deterrents.

My person only tells me I’m a good boy once a day. How can I let her know I need more?

Sometimes a Clinger Level 5 pup finds himself matched with a Clinger Level 1 human. It doesn’t mean your hairless leader doesn’t love you; she’s just got other things going on. Simply, calmly and gently but relentlessly remind her that you need her — nudge her hand, snuggle close, give her those irresistible puppy-dog eyes our kind are known for — and she’ll shower you with the affection you need and deserve.

While walking with my person, another person yelled at me for pooping in a place that clearly smelled like I was not the first pooper to anoint that spot. What gives?

Um, humans. That’s what gives. Unfortunately, some just don’t like dogs or dogs that heed nature’s call on their lawn regardless of your owner’s responsible pickup practices. If they were that upset about it, they could post “No dogs, please” on their grassy areas. Otherwise, just know it’s them, not you. Your owner can handle the slings and arrows of the haters for you.

How inappropriate is it, really, to eat food from the counter when my owner has walked away from it? I mean, she left it there, and it goes against my canine nature to waste food!

Humans do strange, forgetful, and just plain dumb things. All. The. Time. Like, leave food on a plate before finishing it. Again, who does that?! However, just because something is there doesn’t mean it’s yours for the taking. Well-mannered pups gently take what is offered to them. Period.

Why can’t I pull on my leash? Why can’t my owner go faster or be patient when I need to sniff everything?

Pulling on your leash is just poor form. We know why you do it, but the human at the other end of the leash usually doesn’t. If she doesn’t find out how to work with you to understand that not pulling will mean a better walkies experience for you both, just try to chill and sniff.

My owner yells when I bark at the doorbell. Isn’t it my job to protect her? Should I just let the boogeyman get her to teach her a lesson?

“I’ve saved my owner from two mail carriers, three solicitors, and one Girl Scout trying to sell things, and yet she remains ungrateful.” Sound familiar? Yeah, we thought so. Distinct, loud barks in response to a doorbell are totally appropriate, and your personality should be grateful. However, once she acknowledges her awareness of said random intruder, muzzle it.

I have an alpha personality, but my fur sibling is always goading me and stealing my toys and then acts like he’s been wronged when I correct him. How can I send him the message that I’m the boss?

It sounds like your little fur brother is a puppy who has yet to learn the true meaning of pack hierarchy. Most dogs fall into a natural pack order and read teeth, tail, ear, etc., messages loud and clear. Continue to school the youngin’, but gently, and he’ll learn his place in the den.

Do I have to greet humans and act all sloppy and stupid around them? My mom just tells them I’m “a floof” or something. What do I do?

There is nothing wrong with being aloof — or “a floof” for that matter. The problem is when clueless and “cueless” humans can’t catch your drift, try to pet you anyway, and get offended when you don’t act like they’re the greatest thing since sliced chicken. They fail to recognize how weirded out they would be if other humans approached them the same way. Our advice is for you to do you and patiently endure unwanted affections. Chatty and grabby Cathy will get distracted by something else soon enough. 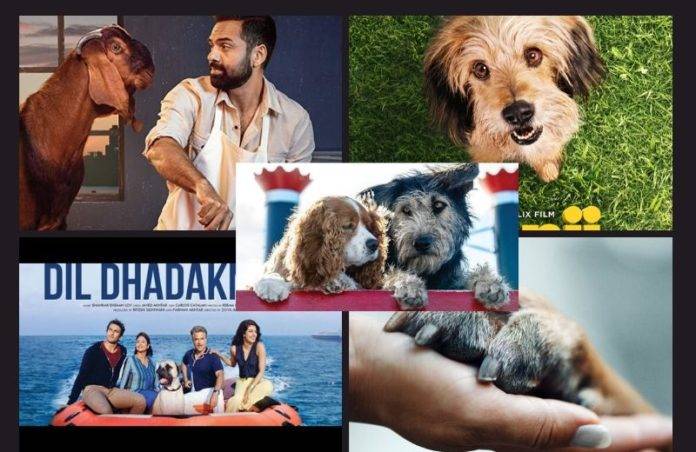