Oakland, CA – November 14, 2022…An orphaned black bear cub, estimated to be eight months old and weighing 28 pounds, was brought to Oakland Zoo last Friday night by wildlife biologists from the California Department of Fish and Wildlife (CDFW).  The cub is very sick and suffering from multiple health issues, including a severe skin infection that has caused extreme hair loss, pneumonia, a viral infection, internal parasites, and a deeply infected bone in his left front foot, causing lameness in walking.

The cub was given the name ‘Nixon’ by the concerned citizens who reported him wandering into a retail shop called Nixon in South Lake Tahoe last week.

CDFW received the bear cub from Bear League in Lake Tahoe, after the group posted an update about the bear to interested locals on their Facebook page.  CDFW conducted a veterinary assessment treatment, performed initial examinations, and contacted Oakland Zoo for further care and hopeful rehabilitation at the Zoo’s Veterinary Hospital.

“It’s touch and go right now. This cub is a tough little guy; despite his physical state, he’s eating well and is in good spirits. We are putting our best efforts into practicing next-level medicine on him, and hope we can save his life,” said Dr. Alex Herman, Head of Veterinary Services at Oakland Zoo.

‘Nixon’ has been receiving treatment at the Oakland Zoo’s Veterinary Hospital since his arrival, and this morning underwent an extensive medical examination by the Zoo’s veterinary team. Bloodwork was sent to several labs, x-rays, an ultrasound, dermatology assessment, dental exam, and more were also completed during the hours-long medical procedure. At this time, his prognosis is extremely guarded, but hopeful. 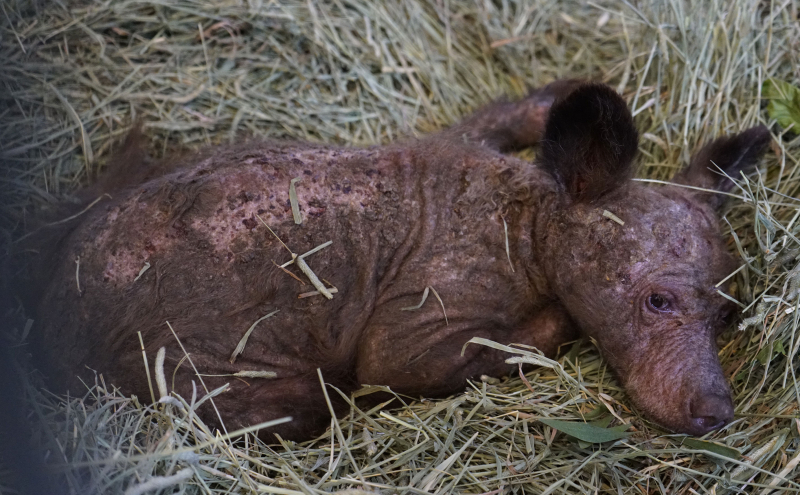 “Although this cub has serious medical issues, the Oakland Zoo team is highly capable and graciously agreed to further evaluate this cub and provide the best care possible. CDFW and the zoo will work together to determine the best course of action for the cub and to keep the public updated,” said CDFW Wildlife Veterinarian Dr. Brandon Munk.

‘Nixon’ is being administered antibiotics, antifungals, and special baths to treat his infected skin. Due to his lack of fur, he’s being kept warm by heat lamps at the veterinary hospital and being fed a special diet of ‘bear chow’* soaked in formula, various produce, and browse. Oakland Zoo’s veterinary team will continue to monitor him daily and alter his treatment as needed. The primary concern is the infected bone in his foot and his severe pneumonia. If he recovers, he will not be releasable back into the wild due to being orphaned at such a young age and being unable to learn how to survive in the wild from his mother. 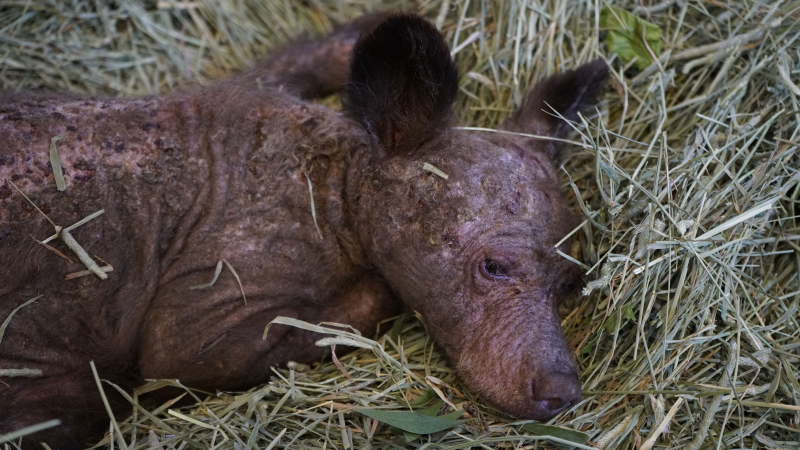 *‘Bear chow’ is a nutrient-based kibble that provides nutrients bears need to grow to a healthy weight. 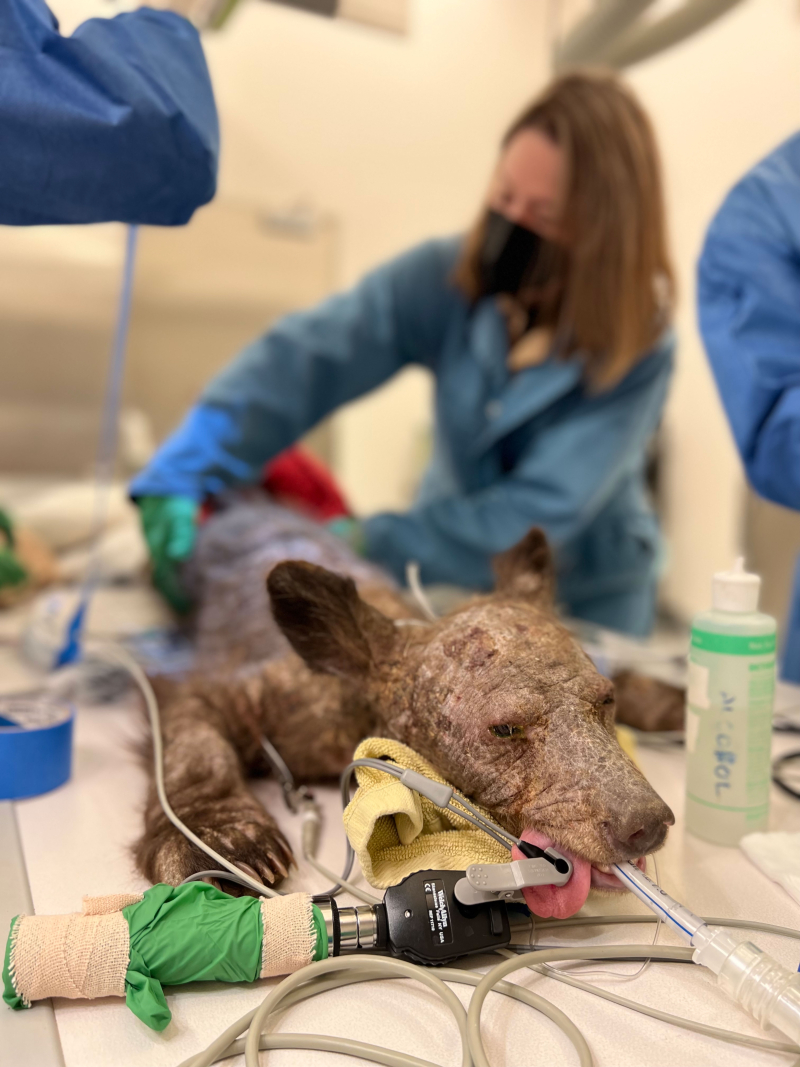 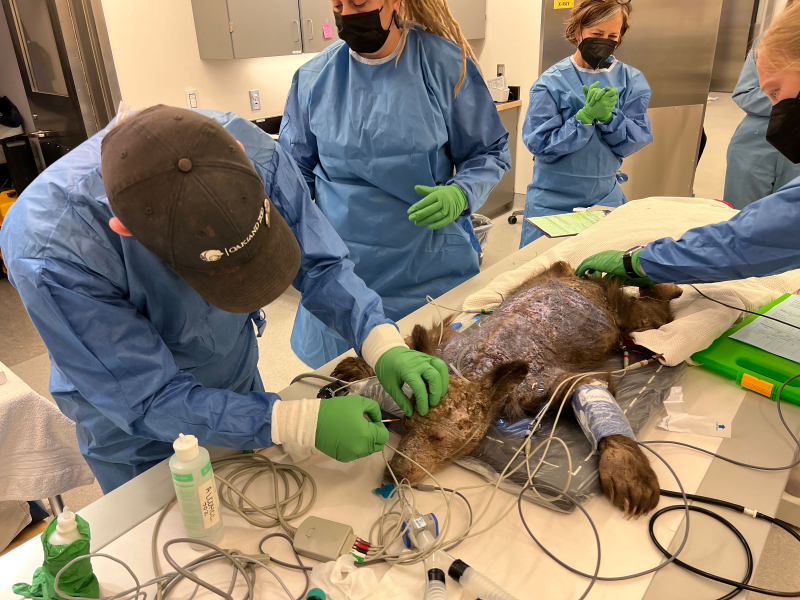 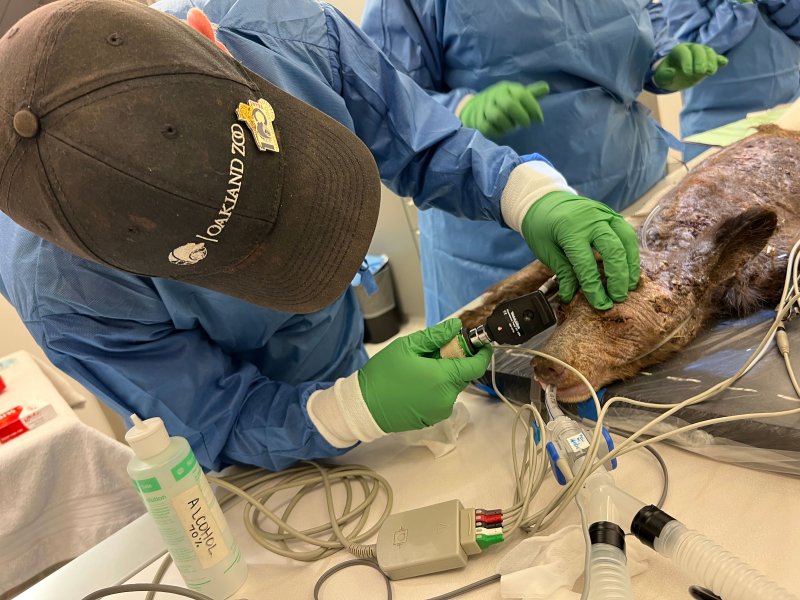 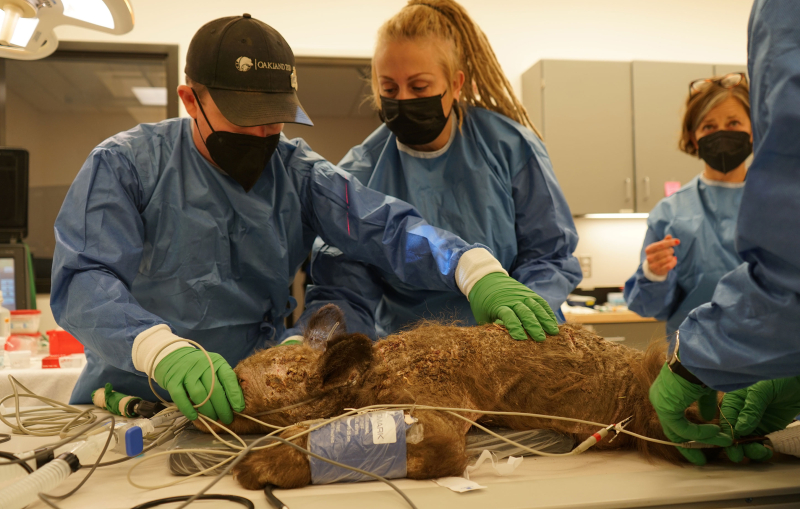 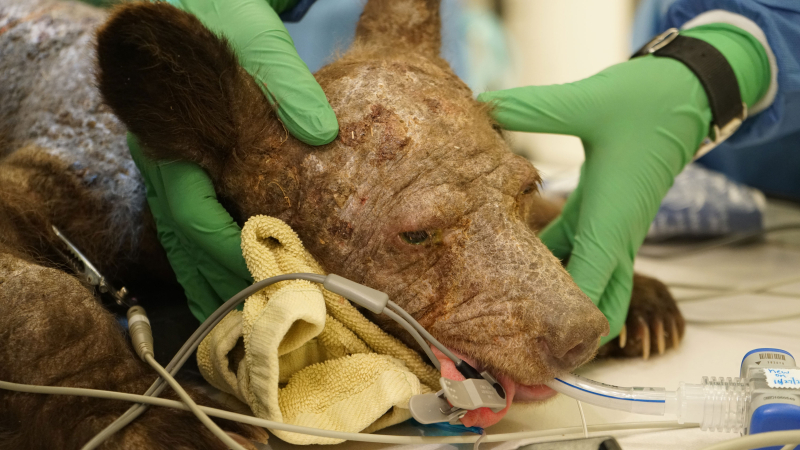 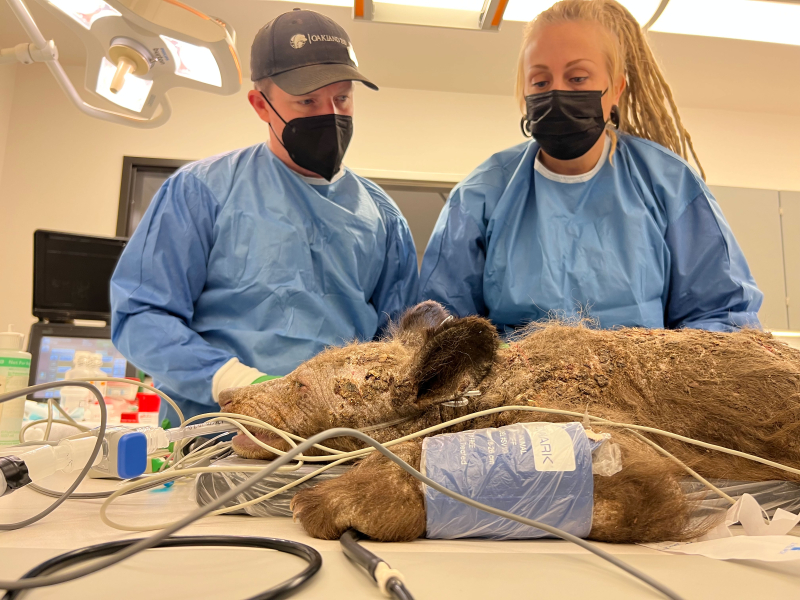