PETA’s Bea Arthur Dog Park—with its scenic river views, space to run, and shaded picnic area—is a beloved destination for dogs and their guardians in Norfolk, Virginia. Because of its popularity with the canine contingent and because it’s so dangerous for cats to be outdoors alone, four abandoned kittens would be the last animals you’d expect to find there. But that’s just who PETA employees spotted one day, cowering in the bushes and trying desperately to dart through the fence.

The workers whisked the kittens, who were understandably stressed and terrified, inside PETA’s Sam Simon Center headquarters. After a nourishing meal and a good night’s sleep, the four baby cats were placed in a compassionate foster home, where they joined a fifth kitten who had been surrendered around the same time so that PETA could find her a new family. And just like that, they became the cutest quintet on the East Coast! 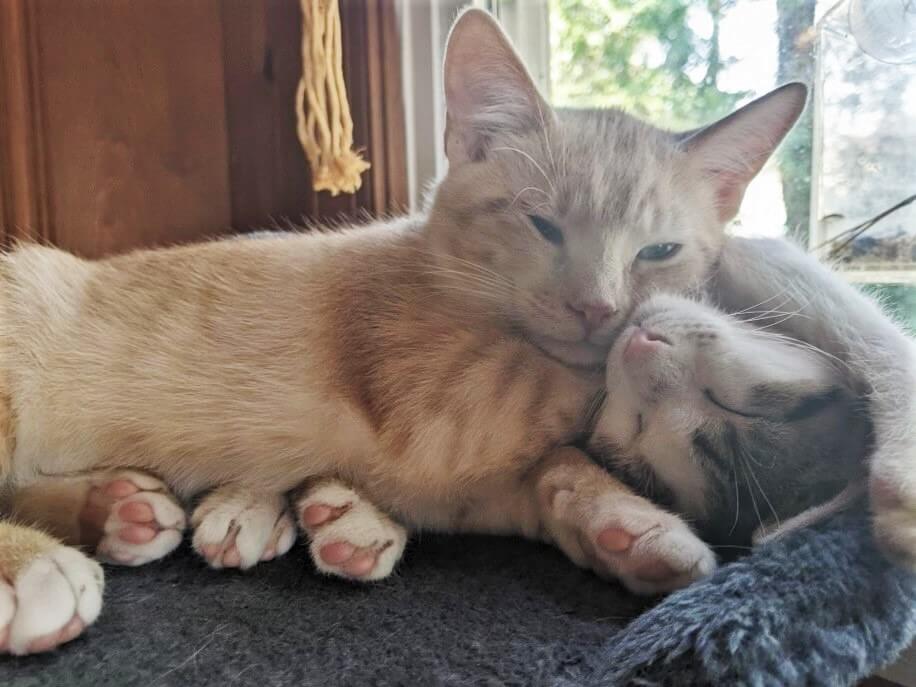 The kittens were initially shy and wary of humans, and for good reason: They’d been tossed to the dogs by a callous human who could have simply called PETA for help instead. But after several weeks of socialization with a foster guardian who carefully earned their trust, the fabulous five went from fearful and defensive to friendly and fun-loving. 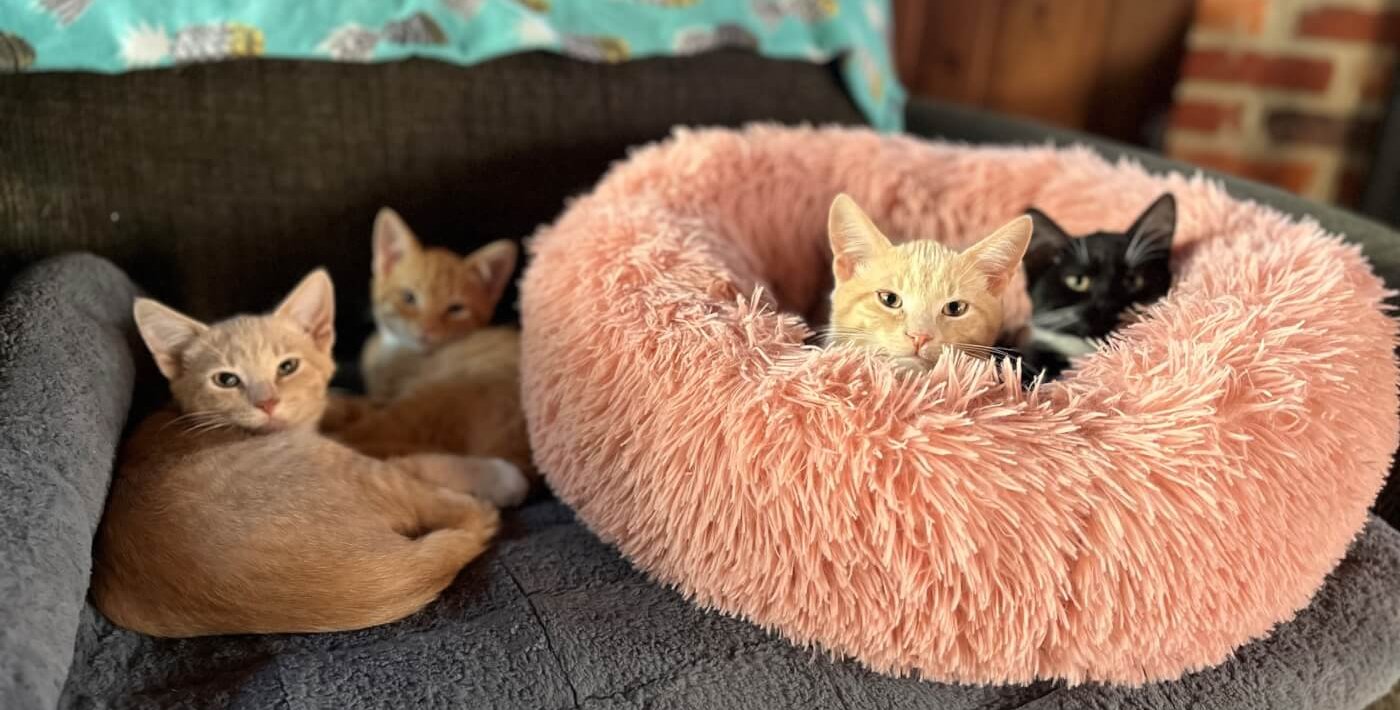 They love playing with toys and frolicking nonstop until it’s time to relax into a giant kitten pile for a nap. Their days of dodging the perilous outdoors are over, and now they like soaking up all the rays they can get indoors on a window perch or well-placed rug. 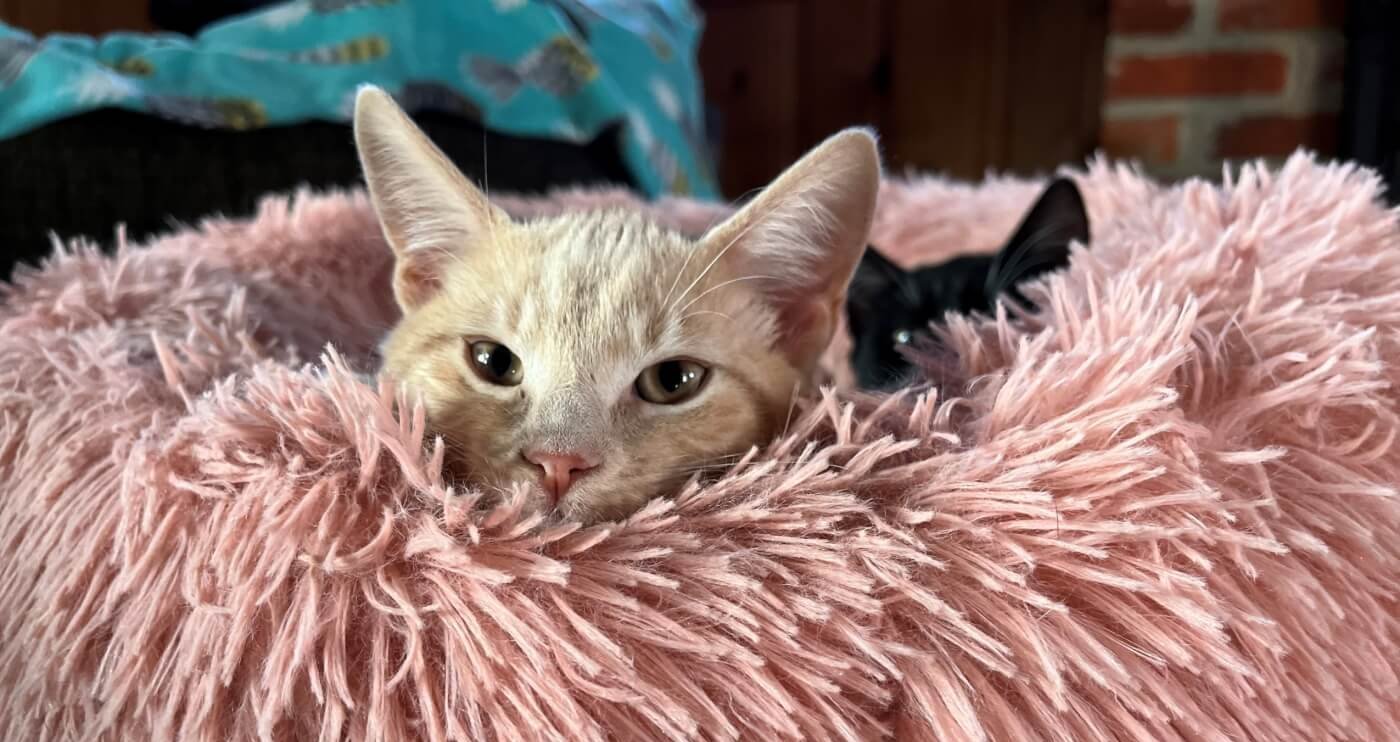 These kittens are ready for permanent homes. They are all around 14 weeks old and have been examined by a veterinarian and spayed or neutered. The crew counts one female among their ranks—a tiny tuxedo lady—while the rest are boisterous boys. 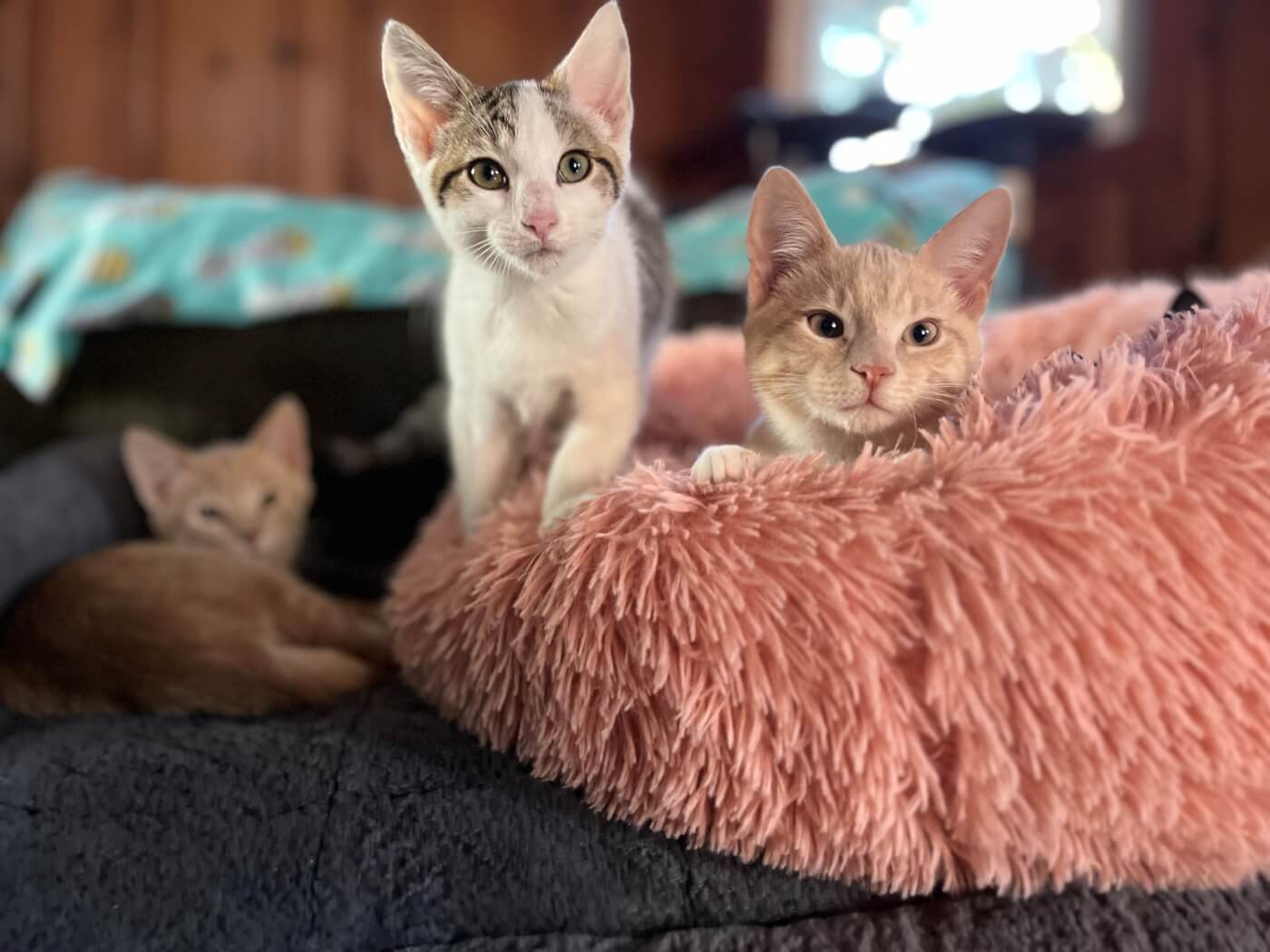 Looking to adopt a kitten or perhaps even a playful pair? E-mail [email protected] to learn more!