Lions often range over hundreds of square miles in nature and share rich social lives in a pride. But at Lagoon Amusement Park in Utah, a solitary lion is confined to a tiny, barren concrete cage next to a screeching steam train and surrounded by roller coasters packed with screaming crowds. And he’s not the only one lying against concrete and steel: Tigers, mountain lions, and leopards endure these same absolutely unnatural and nightmarish conditions. 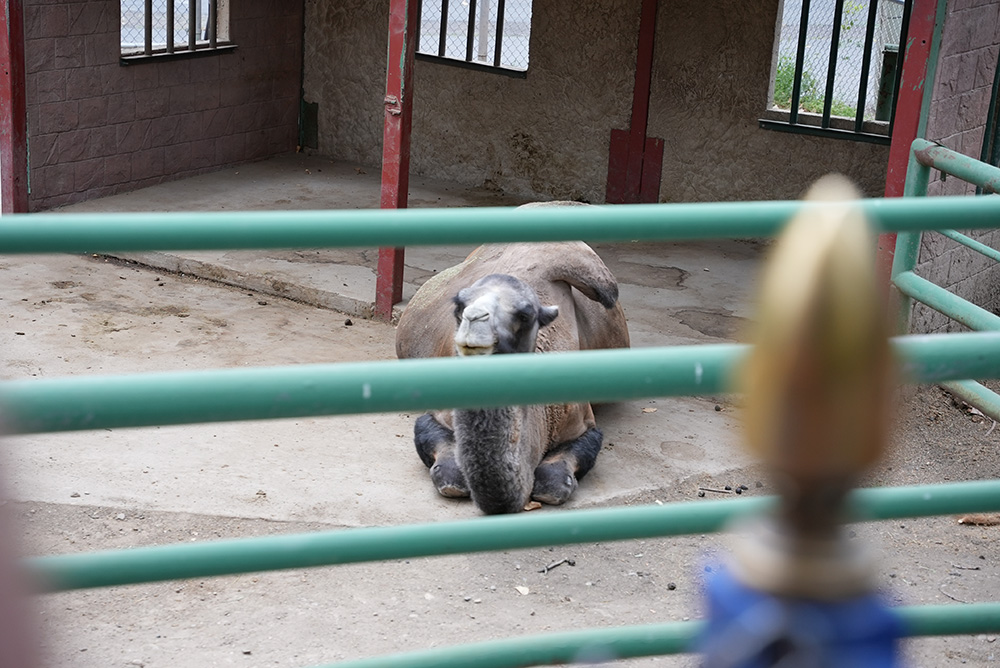 Numerous other species—such as a camel with drooping humps, which can be a sign of weight loss or dehydration—are kept in small, bleak pens at this facility. Over the years, Lagoon has received various citations for violating the federal Animal Welfare Act, including repeated ones for inadequate veterinary care, filthy enclosures, and inadequately trained staff. Considering these problems, it’s not surprising that a federal inspector previously described the abusement park as having a high animal death rate.