The Sumatran tiger is one of the most endangered big cats on earth. At Tierpark Berlin, there is now a new glimmer of hope for the preservation of the entire species: Female tiger Mayang (11) gave birth to two cubs at the beginning of September. After a sad setback with a previous litter (all four young tigers were born with a genetic disease) the zoo team is now particularly happy.

It is estimated that only fewer than 400 of these majestic animals live in the rainforests of Indonesia today – Sumatran tigers are critically endangered with extinction.

“For endangered species like the Sumatran tiger, offspring are particularly important. We see see it as our duty as a zoological institution to prevent the extinction of this species and to preserve such fascinating animals as the Sumatran tiger for future generations,” explains Christian Kern, zoological director of Zoo und Tierpark Berlin. 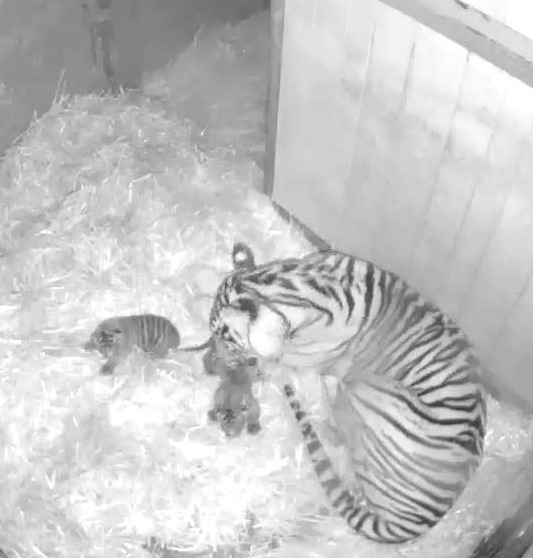 “For protection in the natural habitat, we have already joined forces with the WWF in 2019.”

With the proceeds from the memberships of the then founded “Team Tiger”, regional protection measures against poaching and habitat destruction can be intensified locally.

Since the zoo team has been avoiding the entire area around the litter box to give the animals as much rest as possible, they could only view the offspring (born on September 1, 2022) via a camera installed there. 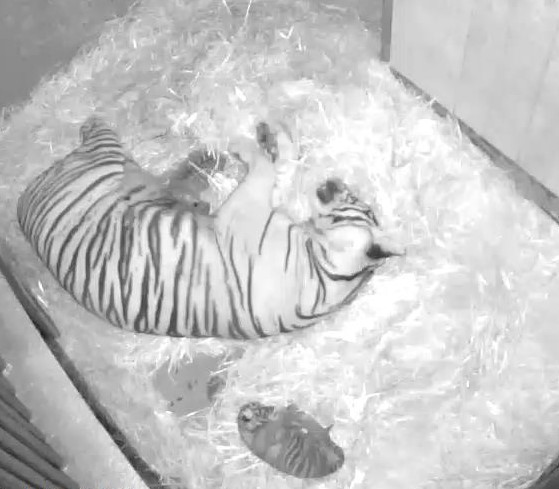 “Around mid-morning, Mayang retreated into the litter box. The first cub was born shortly after 3 pm. Around two hours later, the second tiger was born,” reports animal keeper Mario Hammerschmidt.

“The tiger’s father Jae Jae curiously sniffed curiously at the cubs and later even lay down for a nap near Mayang and the offspring” adds Hammerschmidt.

The male has already produced healthy offspring several times and got along with Mayang right away.

A pregnancy of the tigress was therefore already suspected.