Vancouver, B.C. – The Vancouver Aquarium is excited to share that Steller sea lion Rogue recently gave birth to a healthy male pup, Natoa. Rogue is a first-time mother and doing well under the expert care of our marine mammal and veterinary teams at our private birthing and nursing facilities.  Natoa is named after a rookery on Natoa Island in Alaska. Natoa will be living in Seal Cove at the Vancouver Aquarium now and guests are encouraged to come and say hello.

“The sea lion pup, recently born at the Vancouver Aquarium, is an important new addition to a small global population of this species in human care. The Marine Mammal Taxon Advisory Group (MM TAG) of the Association of Zoos and Aquariums (AZA) oversees the program,” said Vancouver Aquarium Animal Care Director Mackenzie Neale. “This program provides scientifically-grounded and conservation-focused advice to support and further ensure a genetically diverse and sustainable global population for years to come.” 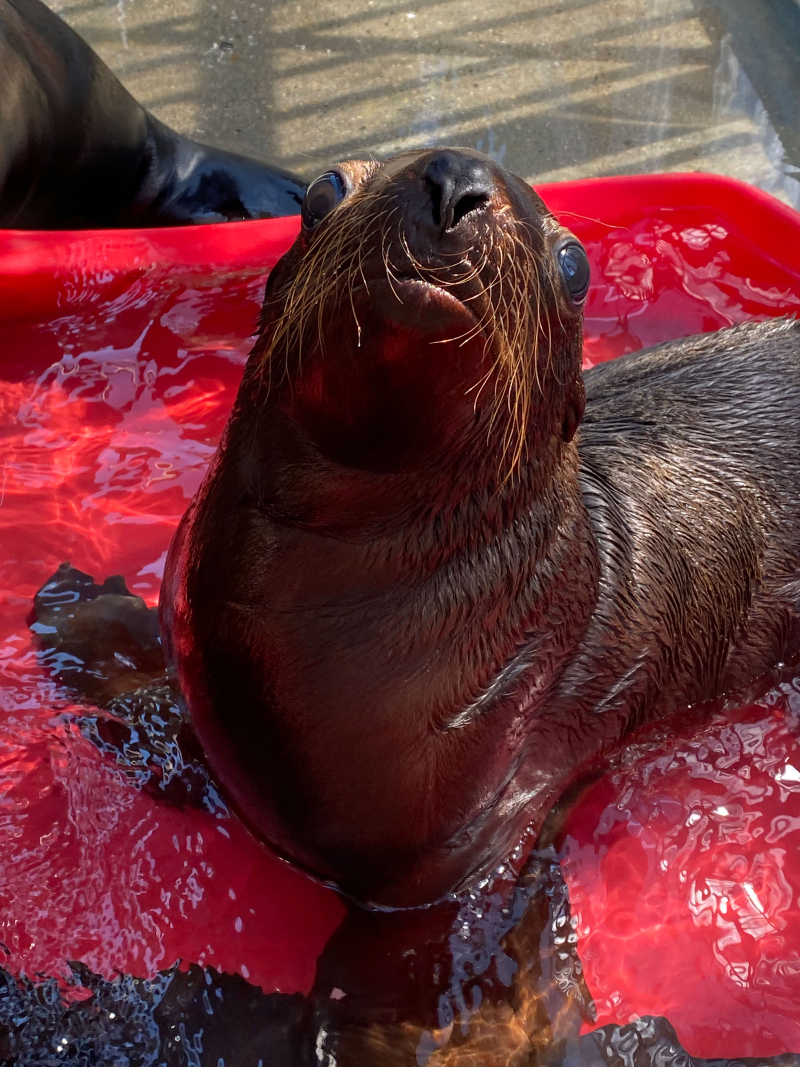 Since 1993, the Vancouver Aquarium has actively participated in a critically acclaimed long-term study conducted by a consortium of universities into the decline and disappearance of up to 75% of wild sea lions in parts of Alaska, where they are listed as ‘threatened’ under the United States Endangered Species Act.

“We are proud of our ongoing research and care of this important species for the North Pacific coast,” said Executive Director Clint Wright. “Our work and research provide important insights and information for how we manage sea lion populations in the wild.”

“The Vancouver Aquarium has played an instrumental role in Steller sea lion research along the Pacific Coast of North America. Without the ongoing work and contribution of the Aquarium, many important discoveries about why sea lions are endangered in Alaska would not have been made — and many new scientific techniques used in the field would not have been developed or validated,” said UBC Marine Mammal Research Unit Director Andrew Trites.