Grogu was born on exhibit inside Animals of the Night before the Memphis Zoo opened on Thursday, September 22nd. Veterinary staff confirmed his mother’s pregnancy via ultrasound in June, and the gestation for aardvarks is about seven months. Grogu’s mother is named Sunshine, and his father is named Boss. Grogu is being hand-reared by keepers, as aardvarks can accidentally hurt an infant while moving around a larger space. Grogu was about 3 lbs. 11 oz when he was born.

The care team feeds him every 3-4 hours round the clock. Grogu is not on exhibit and is staying in an incubator that mimics the environment of an aardvark burrow. Keepers tell us Grogu has a big personality! He is constantly investigating his new environment, which for an aardvark, means he is always sniffing. He is cautious when he is exploring and often returns to his keepers to check-in.

Aardvarks are from sub-Saharan Africa and live in burrows that can be up to 20 feet long and have up to 8 entrances. If needed, aardvarks can dig a hole large enough to cover them in about 10 minutes. They are known to eat ants and termites in the wild. 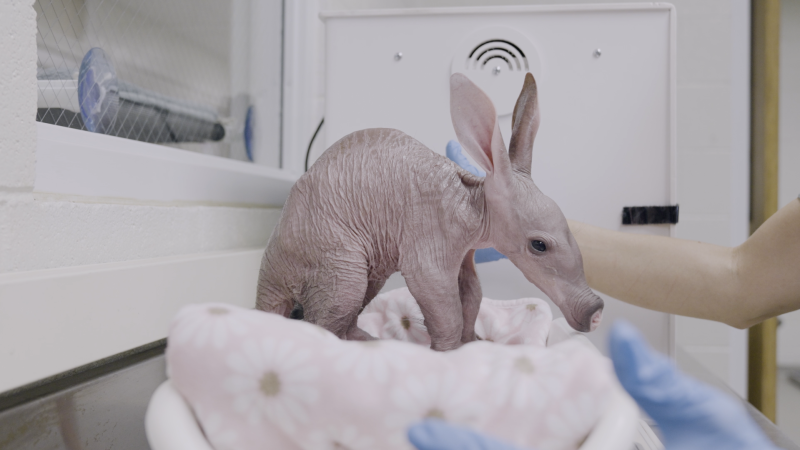