Two months after the miracle birth of ‘Little Red’ the Endangered red panda at Paradise Wildlife Park that stole the hearts of the world, it was time for the first health check with the vet.

In August, Paradise Wildlife Park announced the miracle birth of ‘Little Red’ after the tragic passing of their dad Nam Pang back in June. The story took the world by storm and Tilly the mum and ‘Little Red’ have become loved across the world for their heartfelt story.

Recently, as ‘Little Red’ has reached just over two months old, it was time for the vet to visit and to check how ‘Little Red’ is doing. The aim of the visit was to micro chip them and to see whether the sex can be told to hopefully find a name for ‘Little Red’. After the visit, mum Tilly and ‘Little Red’ were reunited in their cosy nest box and were seen through the CCTV cameras having a cuddle and a little nap.

Red Pandas are classed as Endangered by the International Union for Conservation of Nature (IUCN). Human exploitation of forest resources and fragmentation has caused a 50% decline of the species in the last 20 years, leaving approximately 2,500 remaining in the wild. Tilly and ‘Little Red’ continue to act as ambassadors for their wild counterparts, helping to educate the public and raising awareness for the species. 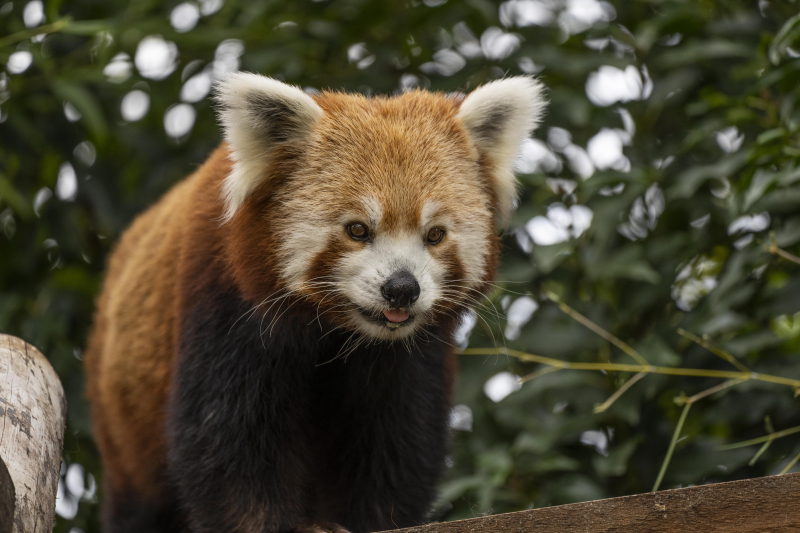 Paradise Wildlife Park will continue to share exciting updates of Tilly and ‘Little Red’ across their social media channels and website with the hope soon there may be tiny paws in the big outdoors!