There are offspring among the king penguins again this year. A chick hatched in Schönbrunn Zoo at the end of July. So far, the young animal has cleverly hidden between the protective parents, but now it is easy for visitors to see in the polarium. “However, the penguin chick cannot swim yet. King penguins don’t get water-repellent plumage until they are about 10 months old. Until then, they wear a warm, brown dune dress. The sex of the chick is only determined at a later point in time by genetic testing of feather samples,” reports animal keeper Bettina Schragner.

King penguins are the second largest penguin species after the emperor penguins and are about 95 cm long. King penguin parents do not build nests. The females only lay one egg, which the parents alternately carry on their feet and incubate while standing in a special abdominal fold. In the wild, king penguins live in dense colonies and like to stay in close quarters. “The breeding of king penguins in human care is still difficult and rare. We are therefore very pleased that this special animal species has once again been successfully bred at Schönbrunn Zoo,” says zoo director Stephan Hering-Hagenbeck.

Adopt an animal sponsorship for the king penguins now! 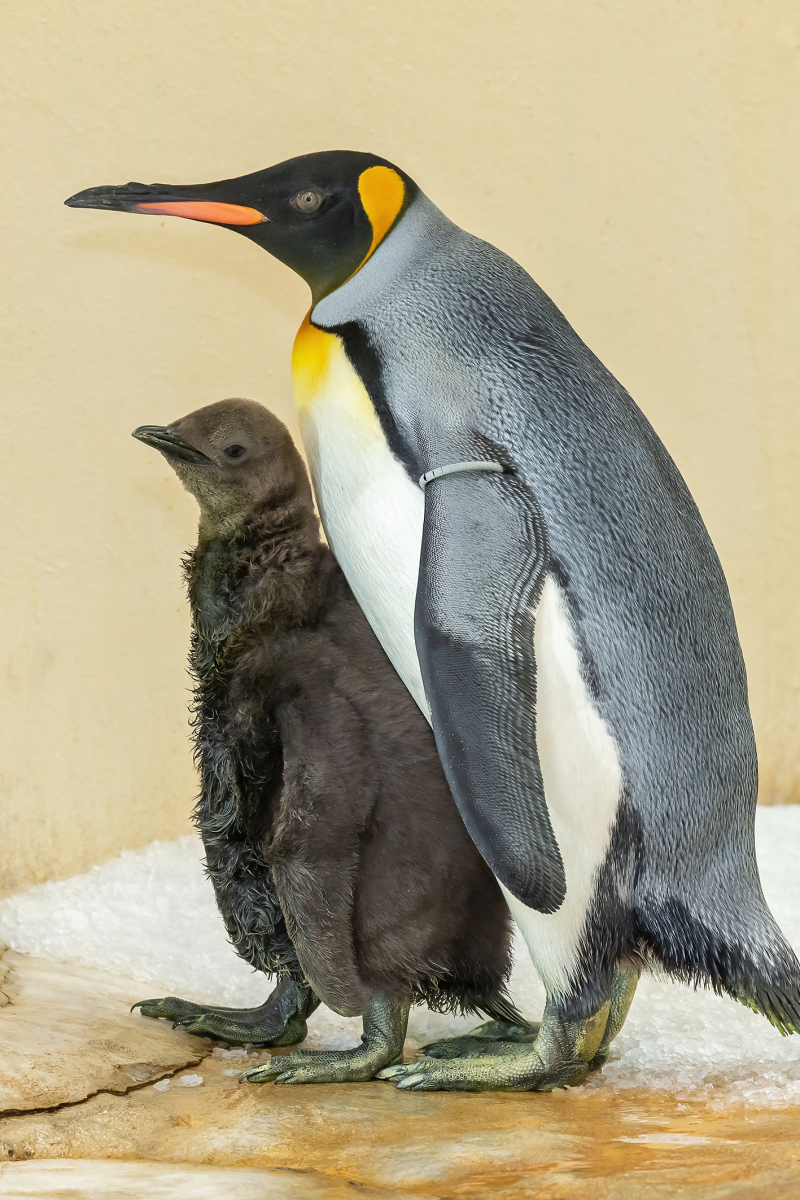 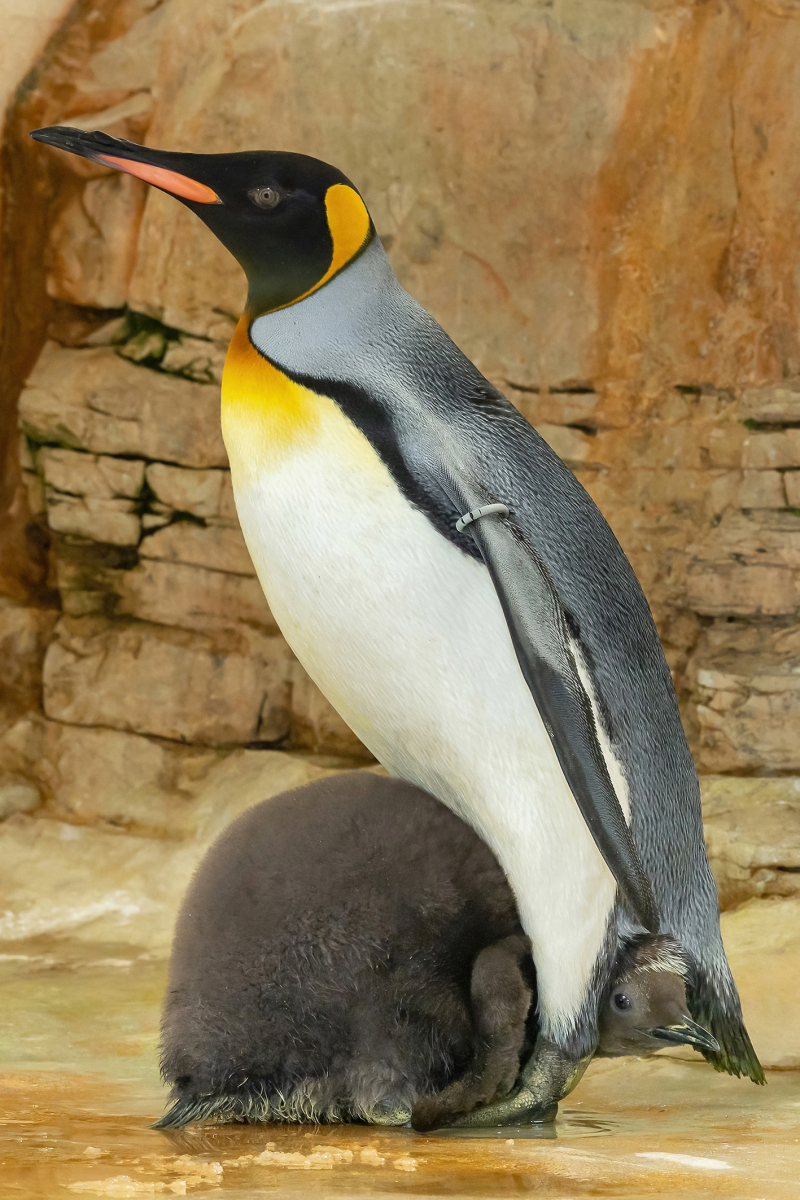 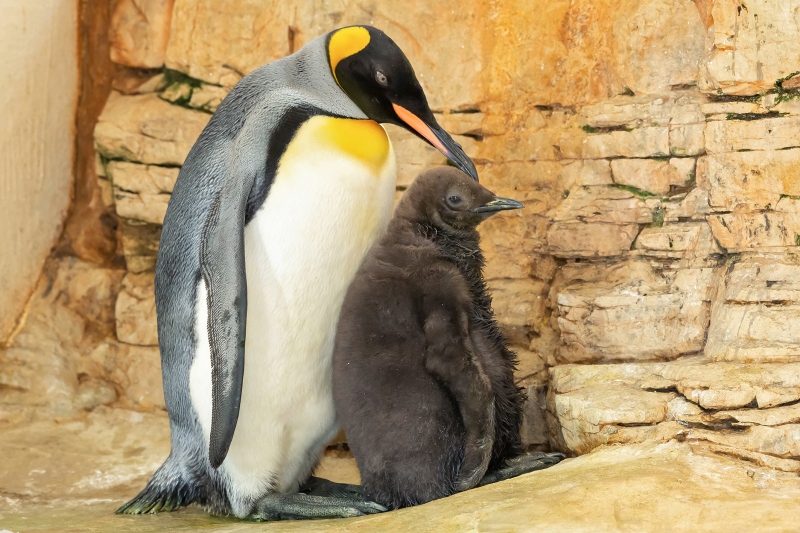 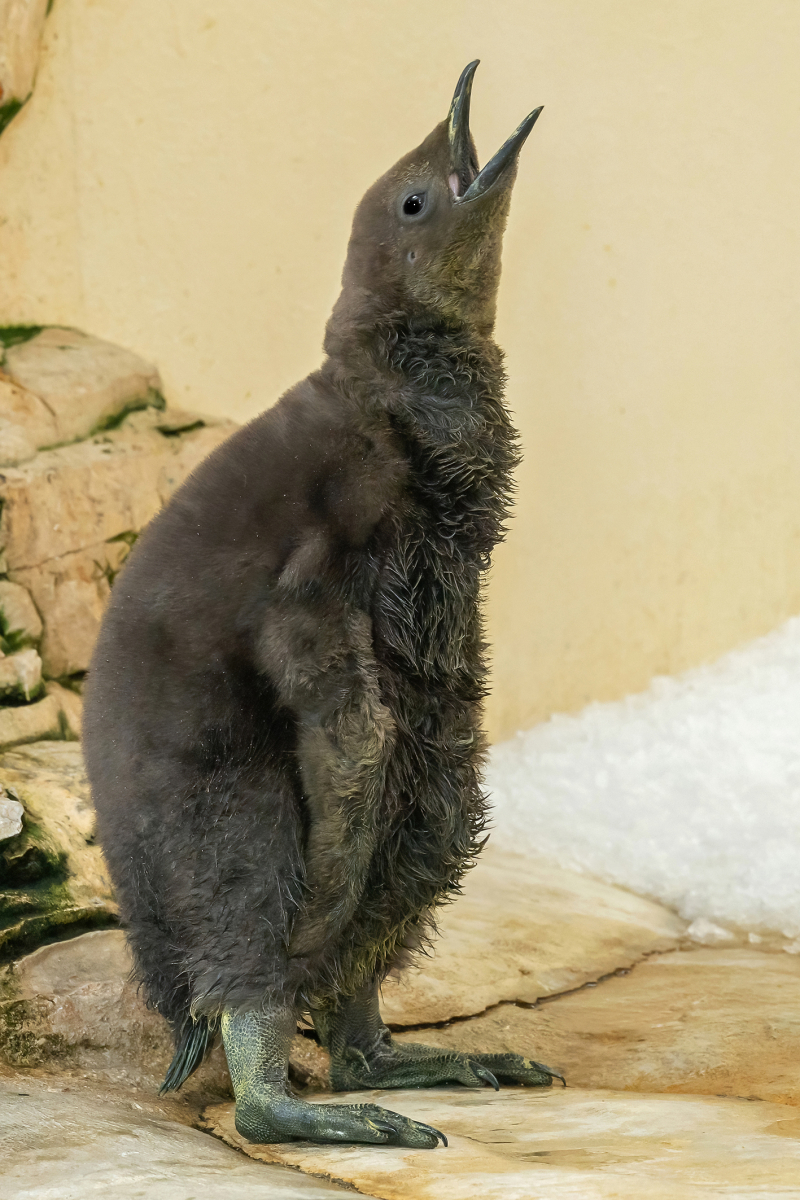 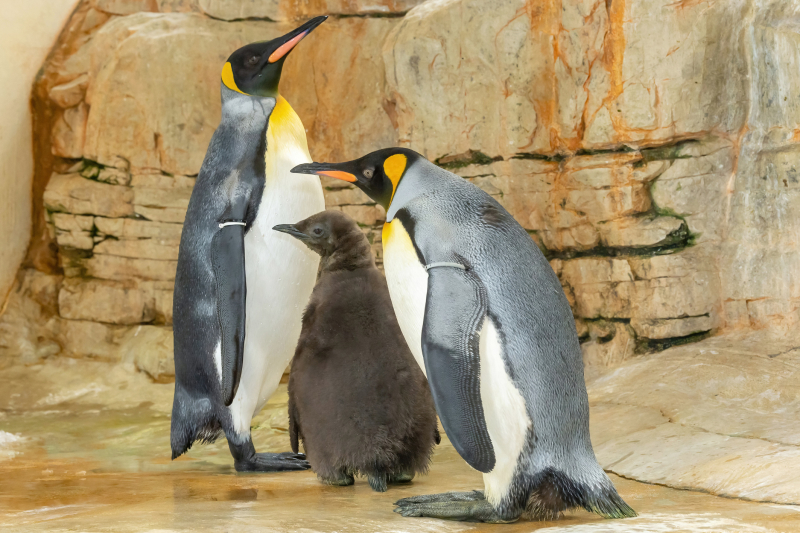