FORT WORTH, Texas – The Fort Worth Zoo proudly announces the Zoo’s second-ever birth of a western lowland gorilla. The male primate was born early Sunday morning, Nov. 6, to parents Gracie and Elmo.

The yet-to-be-named ape is staying close to his mother as he meets other troop members and gets acclimated to his surroundings in the Zoo’s World of Primates habitat. The pair continues to bond but are also fully integrated into the troop, mimicking family dynamics in the wild. He can be seen in both indoor or outdoor areas of the habitat at various times during the day, which will be dictated by weather conditions and his activity level.

The Zoo is incredibly proud to share this conservation success with the community during its 30th anniversary of the “new Zoo in ’92.” For three decades, the Fort Worth Zoological Association’s (FWZA) dedication to conservation efforts have ensured that new generations of species around the world continue to thrive, while generations of families have enjoyed a world of animals right here in Fort Worth. 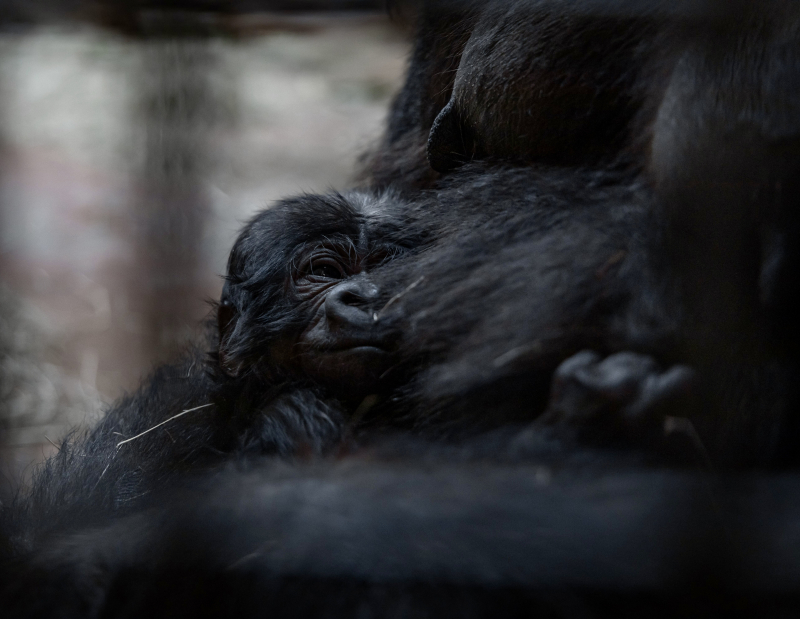 Western lowland gorillas are listed as critically endangered by the International Union for Conservation of Nature (IUCN) due to hunting and disease. Gorillas also have an alarmingly low reproductive rate, so even if there was a drastic decline in hunting and disease, it could take decades for population recovery to occur in optimistic scenarios. The Zoo participates in a cooperative breeding program for gorillas that maintains a healthy, self-sustaining population of the vulnerable species to help prevent their extinction.