For eight months, from December 2021 to July 2022, PETA Asia conducted its third investigation into Thailand’s coconut industry, in which chained monkeys are forced to spend long hours climbing tall trees and picking heavy coconuts. In response to international criticism following the release of PETA Asia’s two previous investigations, the Thai government and companies that make coconut products have claimed that monkeys are no longer used in the making of exported products, but PETA Asia’s new investigation has confirmed that rampant abuse of primates is still going unchecked—and that Thai coconut industry insiders are deliberately hiding monkey labor in their supply chain.

View the footage, then take action to urge HelloFresh to ban Thai coconut milk from its supply chain.

The owner of one “monkey school” that investigators visited admitted to buying from farmers who use nets to kidnap wild infant monkeys from their homes and families—even though it’s typically illegal.

In nature, macaques live in large groups with strict hierarchies and an intense focus on social relationships. But at one of the facilities investigated, juvenile monkeys slated to be trained for coconut picking were kept away from other members of their own species in cages. At another facility, investigators saw a chained female monkey who was also kept away from other monkeys, with no food or water nearby and little access to shade.

Monkeys in training are kept chained with rigid metal collars around their necks. Handlers use intimidation and abuse to teach them to obey. Investigative footage shows one trainer striking a monkey, dangling him by the neck, and then whipping him with the tether. 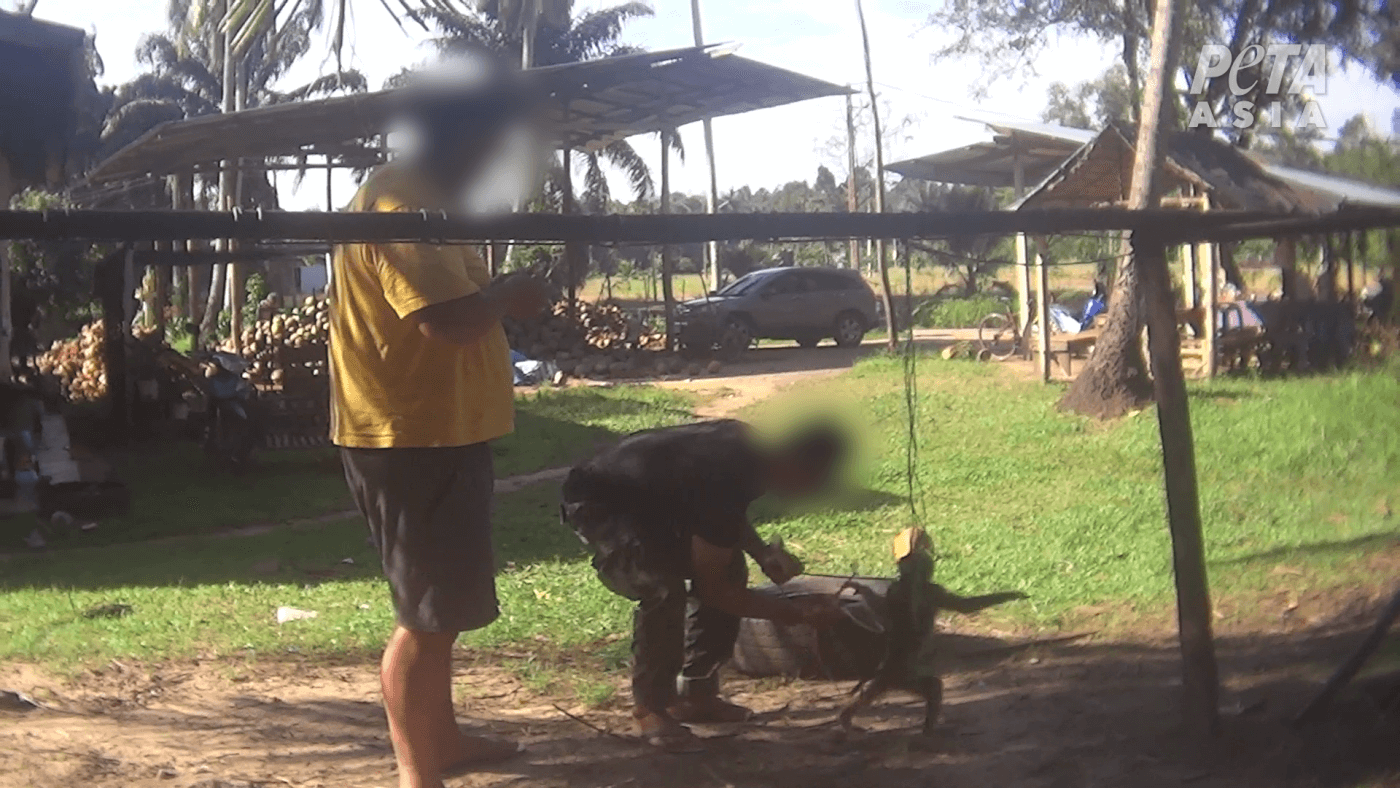 A boy attempting to train another frightened monkey jerks him by the chain around his neck and repeatedly dangles him in the air—likely restricting or cutting off his oxygen supply—as he desperately tries to grab the tether. 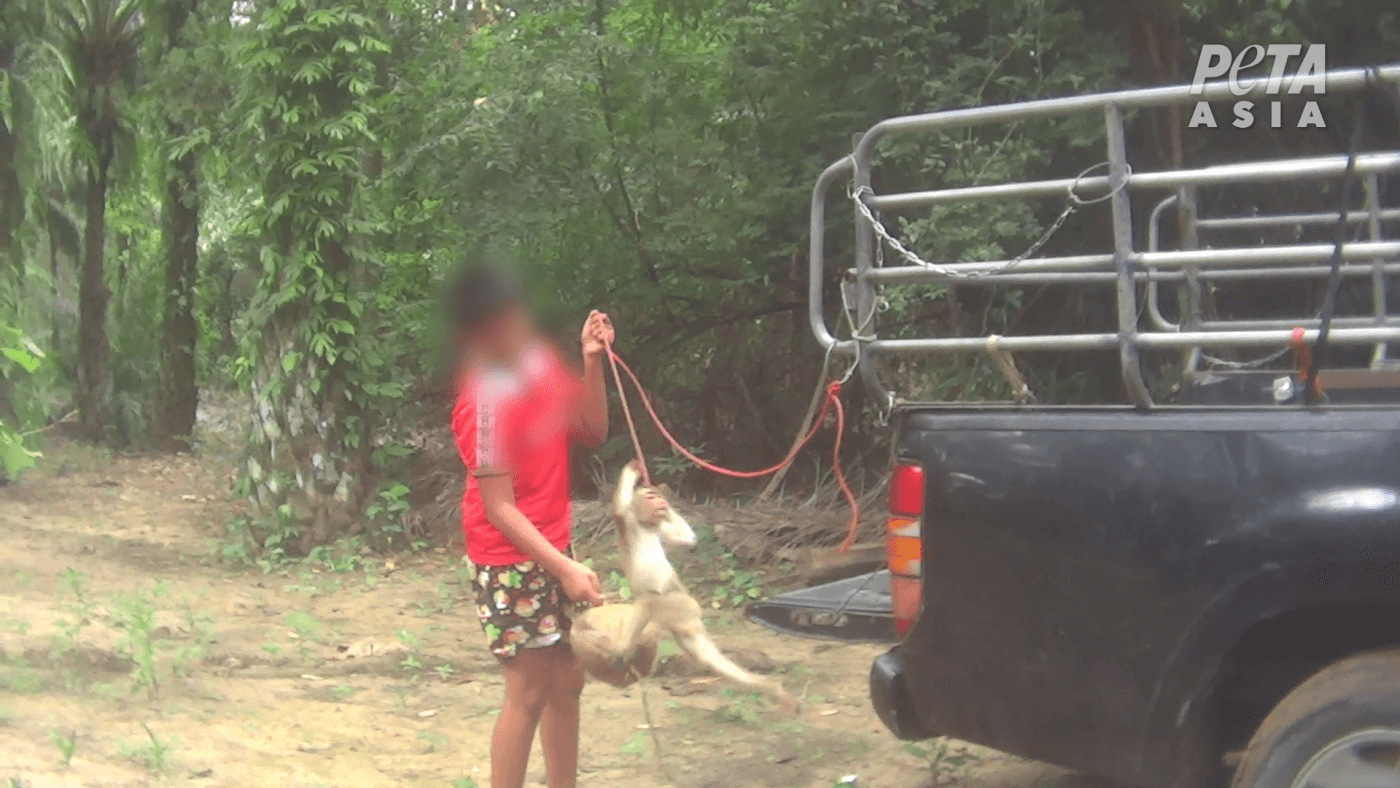 When their training is complete, the monkeys are sold to coconut pickers. An employee at one farm investigators visited revealed that while the monkeys are climbing trees, they’re frequently bitten by ants and stung by hornets, which can be fatal. The worker went on to say that the animals sometimes incur broken bones from falling out of the trees or being violently yanked down. 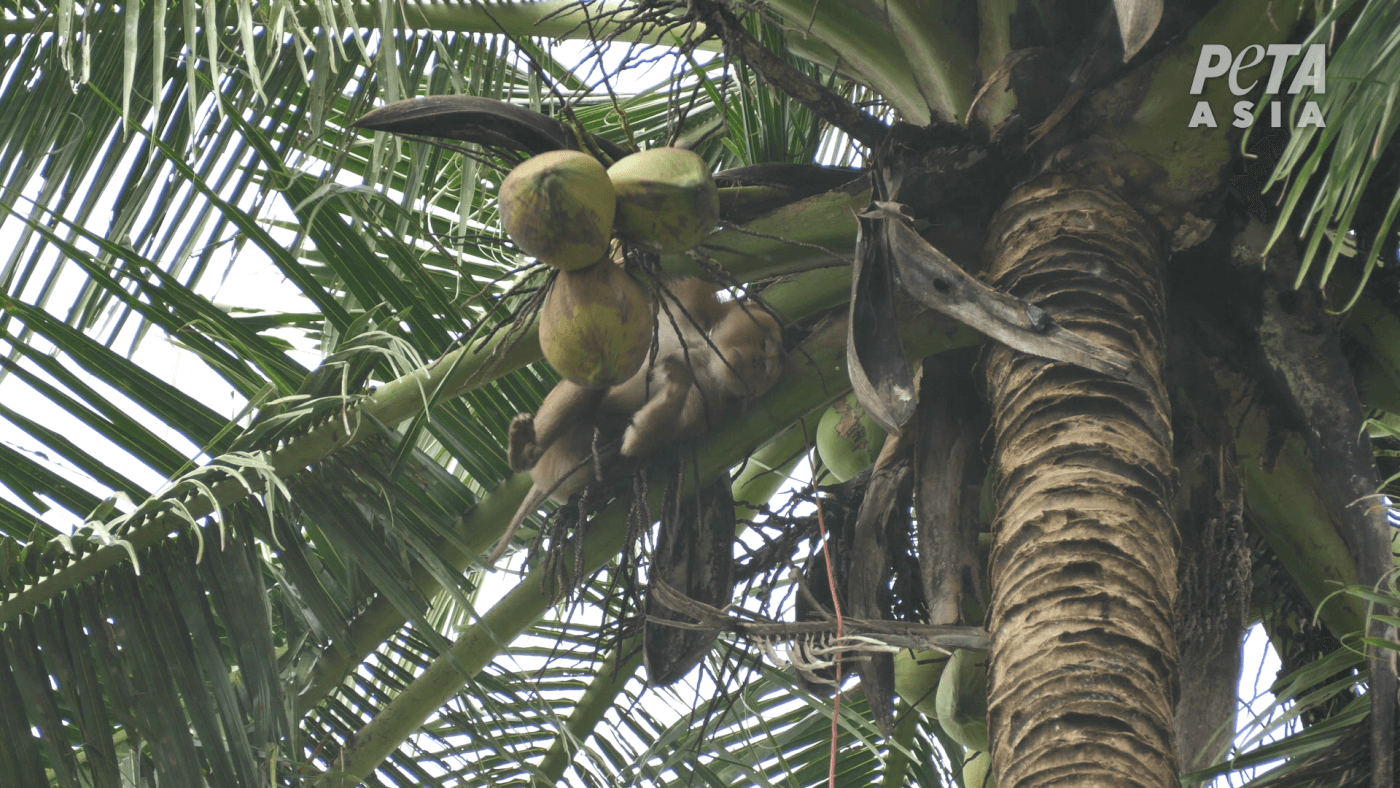 HelloFresh’s coconut milk suppliers include Suree and Aroy-D, and brokers in both brands’ supply chains admitted to using monkey labor. A supplier to Suree kept monkeys chained on flooded land or trash-strewn patches of dirt with almost no protection from the elements, and a worker in Suree’s supply chain told investigators that the monkeys would be forced to pick coconuts for more than a decade before being “retired”—chained up for the rest of their lives. 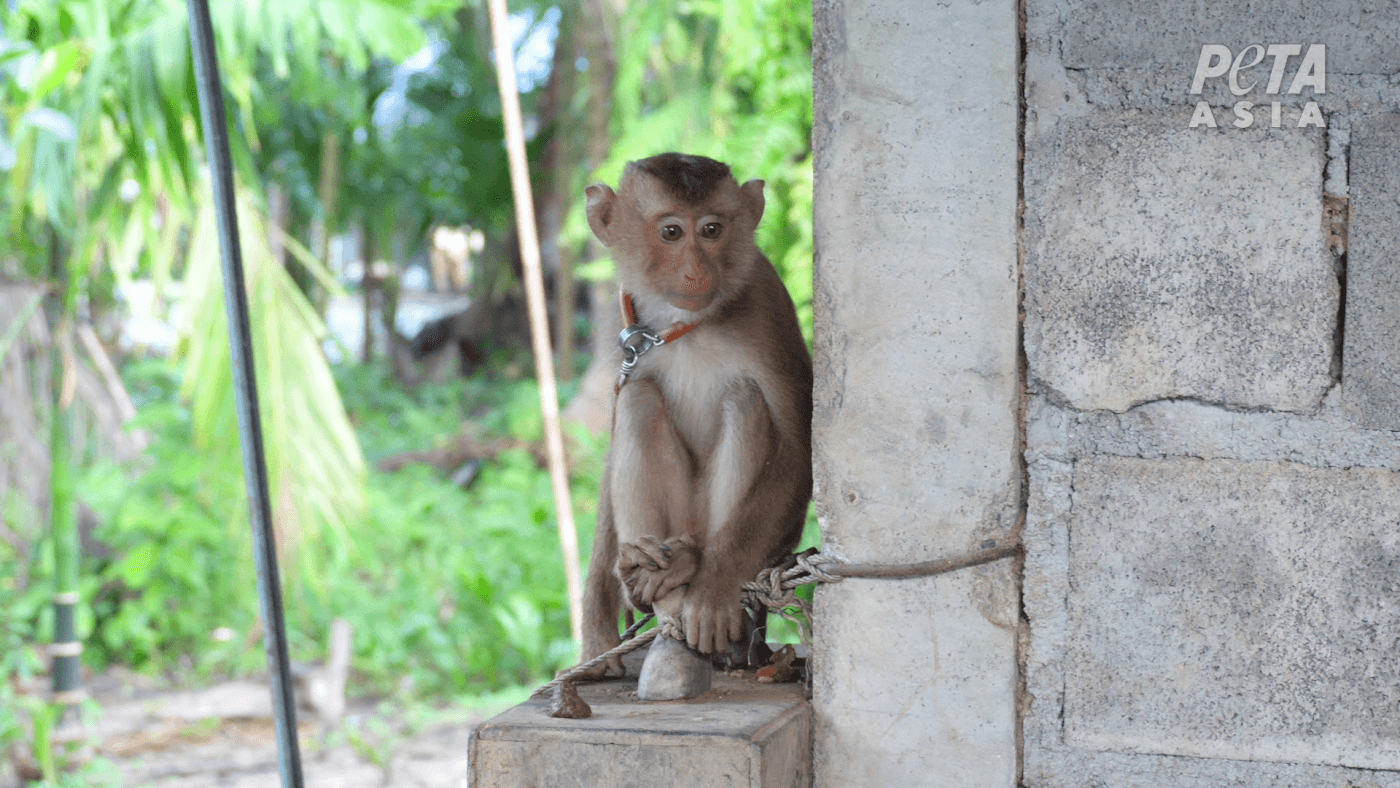 In other cases, the monkeys may be abandoned in the forest, even though they lack the skills needed to survive on their own after being bred in captivity or kidnapped as juveniles.

A coconut broker who spoke to an investigator acknowledged that as a result of PETA Asia’s previous investigations, there has been intense international pressure on the industry to stop using forced monkey labor. Nearly 40,000 grocery stores around the world have dropped major Thai coconut milk producer Chaokoh and other brands known to be complicit in the monkeys’ suffering.

But instead of working toward a meaningful transition to monkey-free harvest methods—such as planting shorter trees whose coconuts are easier to reach—farms, brokers, manufacturers, and the Thai government are all working to mislead consumers. One broker admitted to PETA Asia investigators that with no oversight, coconut pickers simply lie. Brokers continue buying coconuts picked by monkeys and selling them to companies that make coconut products, and those companies and the government tout their “audit system,” even though it relies primarily on coconut producers’ word.

Dishonesty is a hallmark of the Thai coconut industry. It’s impossible to guarantee that any canned coconut milk produced in Thailand—including that sold by Chaokoh and Ampol Food (whose parent company is Theppadungporn Coconut Co.), Aroy-D, Cocoburi, Tropicana Oil, Thai Pure, Ampawa, Edward & Sons Trading Co., or Suree—didn’t use forced monkey labor. But numerous other companies can make that guarantee—they offer products made from coconuts picked in the Dominican Republic, India, Indonesia, the Philippines, Vietnam, and other countries. PETA urges consumers to buy canned coconut milk only from brands that obtain coconuts from outside Thailand.

Always check the labels on coconut milk products, and whether it’s in a can, a box, or other packaging, if it reads, “Product of Thailand,” leave the item on the shelf. Coconut water typically—but not always—comes from coconuts grown on dwarf trees, including the Nam Hom variety, and harvesting them doesn’t involve monkey labor.