A rare trio of fossa triplets have emerged from their den after being born at Chester Zoo.

The 12-week-old pups, who have arrived to parents Shala and Isalo are only now beginning to venture outside after remaining tucked away for their first few weeks of life.

The trio are a “huge cause for celebration” as they are the first of their kind to ever be born at the zoo in its 91-year history.

Conservationists have released heart-warming footage of the delightful pups exploring and playing together in their habitat, and say they will soon be choosing names for the trio which have been revealed as a male and two females.

A distant relative of the mongoose, the fossa is a slender, cat-like mammal that’s only found in the forests of Madagascar. The rare carnivore is equipped with a long tail that helps it balance when leaping amongst the tree branches, as well as large eyes that help it to see better at night when hunting for prey such as lemurs, wild pigs and mice. The fossa is highly threatened as a result of widespread habitat loss in Madagascar. Scientists report that the island has already lost up to 90% of its forests, which means that many species are now on the very brink of extinction.

The world’s authority of the state of nature, The International Union for the Conservation of Nature (IUCN), lists the fossa as vulnerable to extinction, with recent estimates suggesting as few as 2,600 remain in the wild. 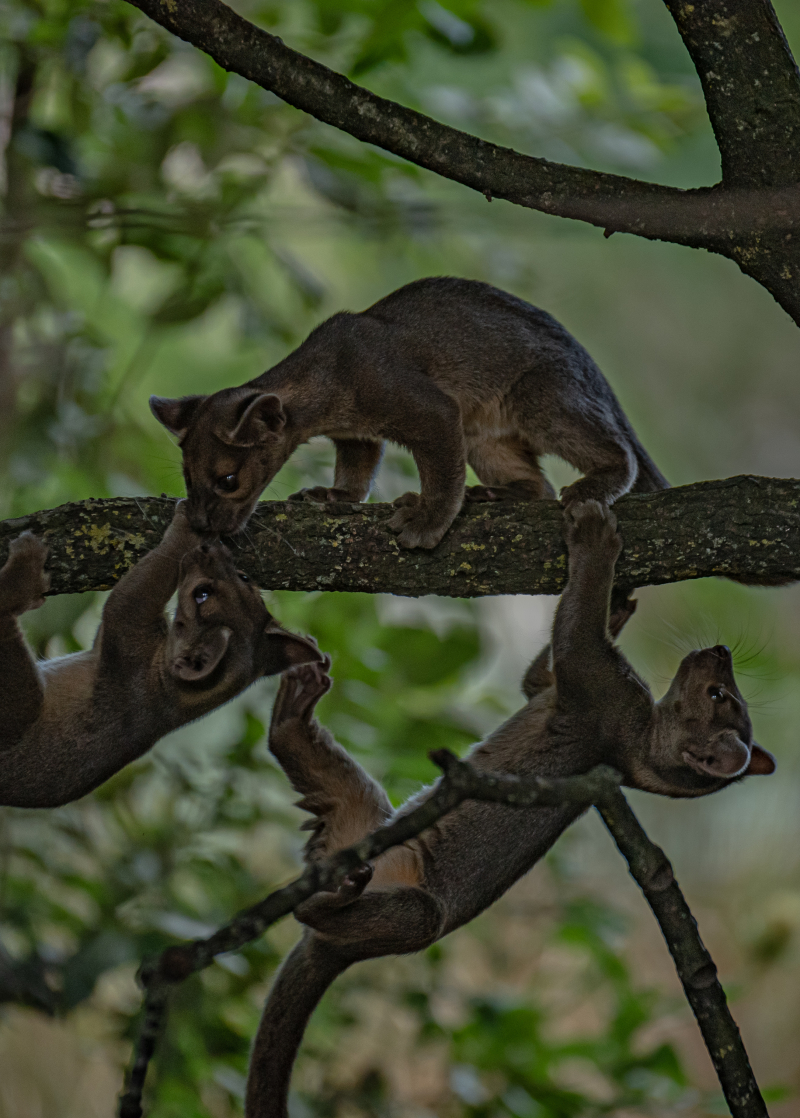 “The fossa is one of the world’s most elusive carnivores and little is currently known about how they live in the wild. The birth of Shala’s triplets is therefore a huge cause for celebration – not only are they the first pups to ever be born at our zoo, but their arrival into the endangered species breeding programme will allow us to discover more about their behaviours – from tiny pups all the way to adults. 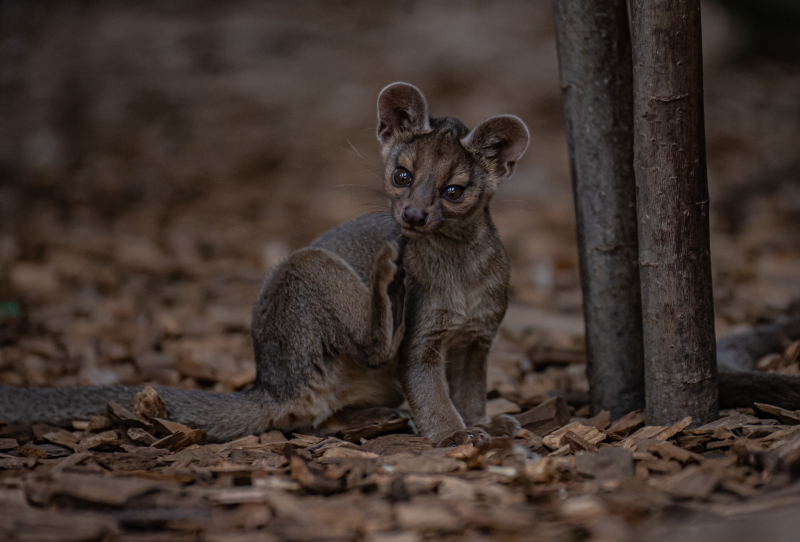 “This is Shala’s first litter, and while it’s still early days, her three pups are doing great and are now full of confidence as they learn to climb trees and explore together, all under the watchful eye of mum, of course.”

In the forests of Madagascar, the fossa moves swiftly through trees, so much so that conservationists have trouble researching and observing them in the wild. Experts working with the species at the zoo hope to gain valuable insights into their behaviours – all while fighting to protect their forest home. 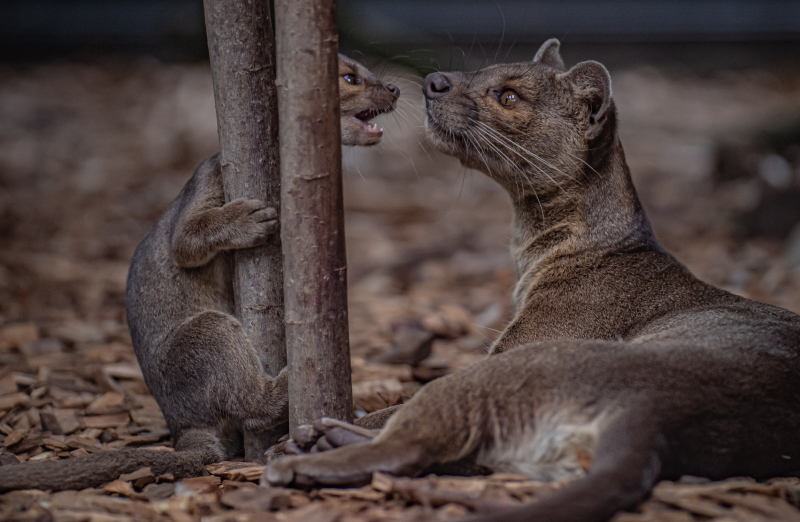 “These three fossa pups are incredibly important to the future of the species and the safety-net population found in conservation zoos like ours, which has become vitally important given the huge amount of deforestation in Madagascar. 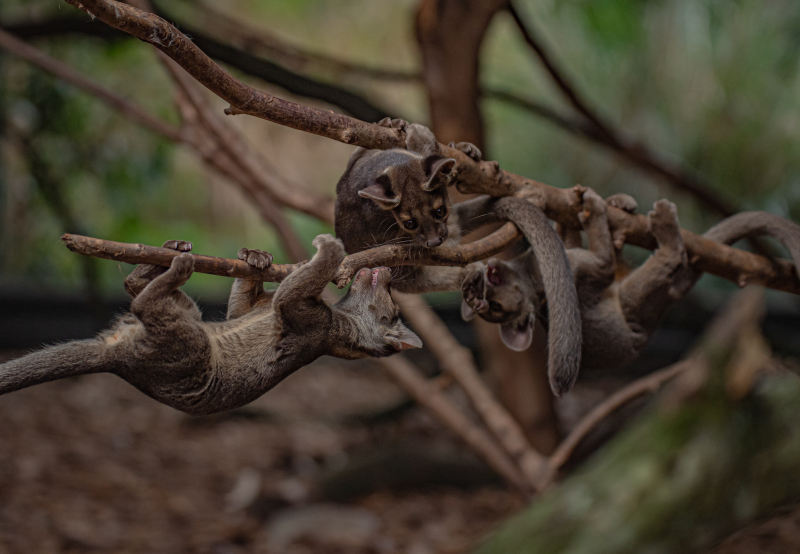 “In the wake of such dramatic devastation on the island, our zoo experts have, for more than a decade, been working with project partners Madagasikara Voakajy on the ground to help save this unique paradise and the thousands of animals that cannot be found anywhere else on the planet. These three little pups give us hope that we can protect this species from being lost altogether.”

Conservationists from Chester Zoo have been protecting habitats in Madagascar for more than 10 years. In 2015, the Malagasy government established The Mangabe New Protected Area, co-managed by the zoo’s field partner Madagasikara Voakajy and the communities that live in the Mangabe region, providing a safe haven for thousands of species living on the island, including the fossa.