Animal methods bias in publishing is defined as “a preference for animal-based methods where they may not be necessary or where nonanimal-based methods may already be suitable, which impacts the likelihood or timeliness of a manuscript being accepted for publication.” In other words, sometimes the people who review papers for publication in scientific journals may ask researchers using superior, non-animal methods to actually do experiments on animals and add the results to their papers. Or they will simply reject the papers because they don’t understand the value and power of non-animal techniques. This is bad news for animals and human-relevant science.

Now, the proceedings from that workshop have been published in a new report in the journal Alternatives to Animal Experimentation or ALTEX. Scientific journal editors and scientists from academia, industry, government organizations, and animal protection charities agreed that animal methods bias is a problem that needs to be addressed. They outlined potential consequences of it, such as the continued use of experiments on animals that are unnecessary, a justification for article reviewers to have poor knowledge about non-animal methods, and a negative impact on the careers of researchers using these better, more compassionate methods.

Workshop participants also outlined how animal methods bias in publishing can be corrected, including recommendations that all stakeholders in science be educated about non-animal methods, increasing funding and validation for non-animal methods, changing scientific journal policies as well as outdated legislation and regulations, and conducting more systematic reviews on animal and non-animal research methods. 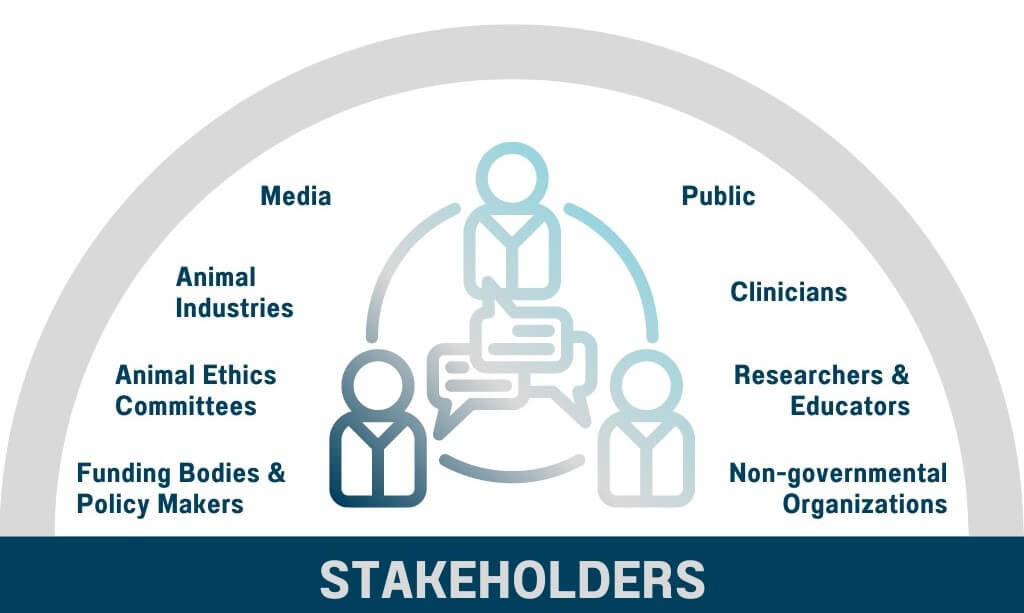 Stakeholders in the use of animal methods, as identified by workshop participants

As a member of the Animal Methods Bias Taskforce, PETA will continue to tackle the problem by working with journal editors and publishers to improve policies and helping to develop tools to support researchers who don’t use animals.

Take Action for Animals Who Suffer in Unnecessary Experiments

Ninety-five percent of new drugs fail in human trials, even though they passed animal testing. Ninety percent of basic research—most of which involves experiments on animals—does not translate into meaningful changes for human patients. There is a better way. Help PETA change the scientific paradigm by taking action today!