A basic translation of the original press release follows:

“It is the second offspring of this species, the result of the efforts of the Valencian park in the international program for its conservation. The skin of a single Kirk dik-dik is needed to make a single glove, which is why it is hunted and placed on the Red List of Endangered Species.

Valencia, September 30, 2022.- The wonderful biodiversity of our planet never ceases to amaze us, on this occasion, with species that seem to come out of a fairy tale, such as the dik-dik. BIOPARC’s objective is to ensure the preservation of nature and to this end it participates in nearly 50 international programs for the reproduction of endangered species. As a result of one of these conservation actions, the second calf of Kirk’s Dik-dik (Madoqua kirkii) was born in the Valencian park. The newborn remains these days in the interior enclosure under the care of his devoted parents and the supervision of the BIOPARC technical team, to guarantee his maximum well-being.

These antelopes are the smallest in Africa, in the case of Kirk’s dik-dik, with a size between 55-72 cm long, 30-40 cm high and weighing less than a kilo: between 560-680 gr. the females and 725-795 gr. the males. Their valuable skin is used to make gloves and they are threatened by hunting, since a single glove requires an entire animal, which is truly daunting. Although their population is currently stable, they are included in the Red List of the International Union for Conservation of Nature (IUCN).

In this monogamous species, the “family” is made up of the male that arrived from Montpellier (France), the female from Landau (Germany) and the new offspring, whose sex is still unknown. The young female who was born in April 2020 during the confinement due to the pandemic, as occurs in nature when she reaches adulthood, stopped living with her parents and will move to another park to contribute to the conservation program of the species her. In BIOPARC Valencia they inhabit a really special multispecies enclosure of the equatorial forest that they share with the red duiker of Natal, the oriental bongos and the black crowned cranes. Its appearance is truly tender and its color ranges from yellowish gray to reddish brown on its back and from gray to white on its belly. Only the males have horns and a very distinctive feature of Kirk’s dik-dik is that its snout has a particular proboscis-like elongation.” 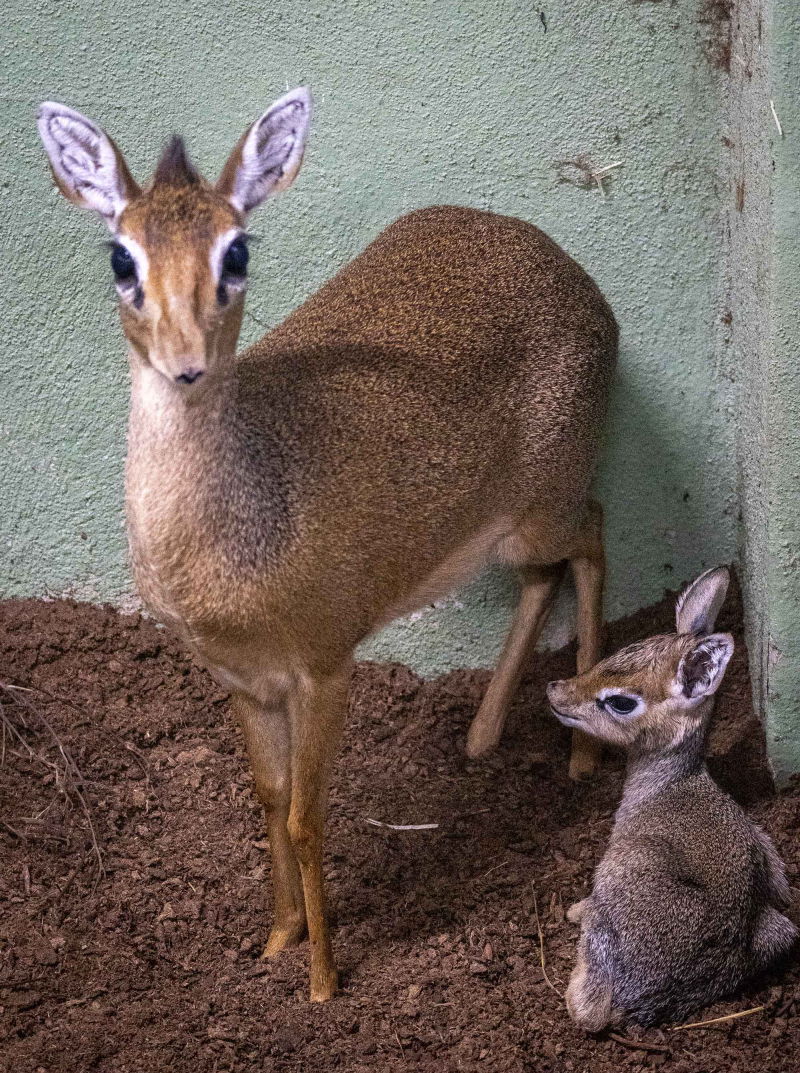 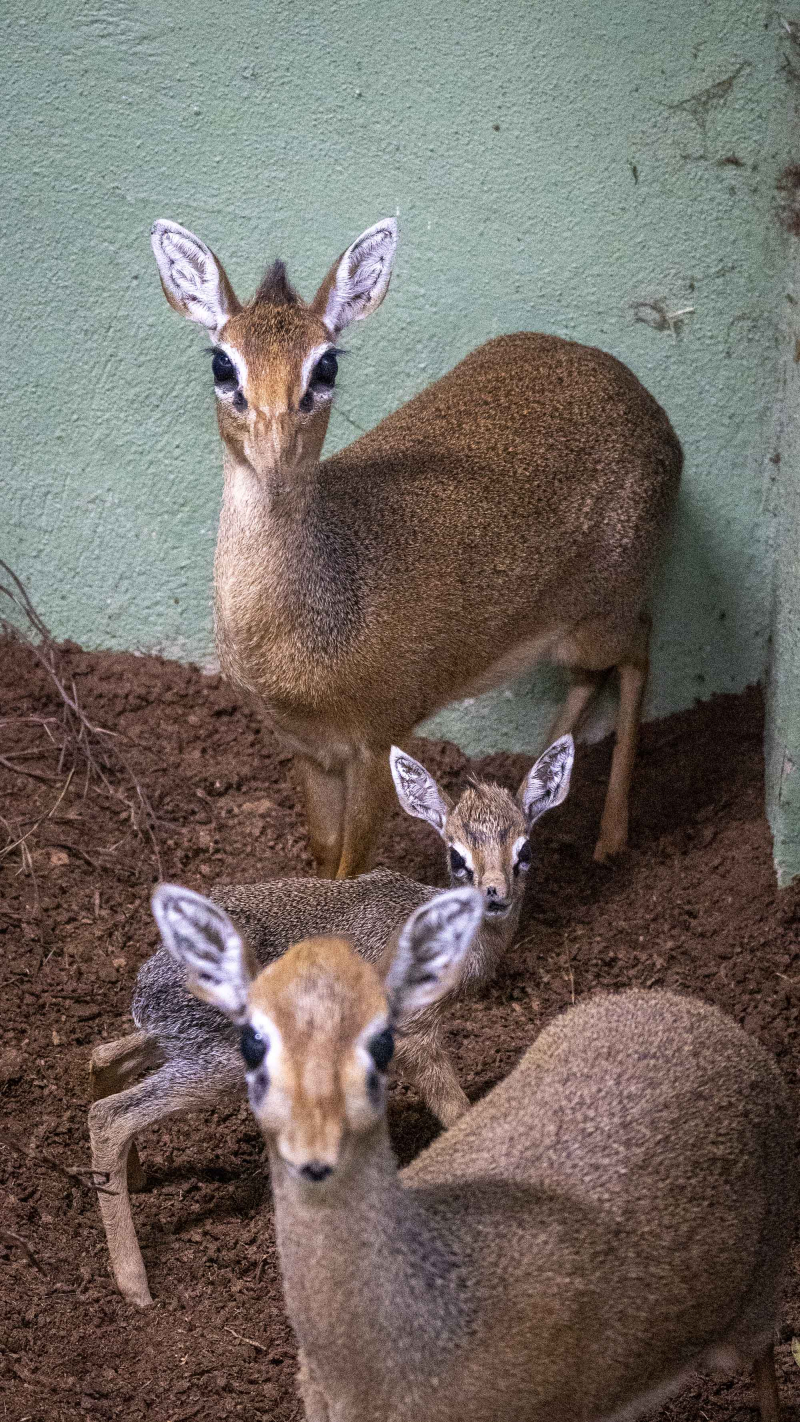