Soon after super-typhoon Noru ripped through the barangays of Bulacan, PETA Asia’s rescue team began preparing for the worst. Flooding from the deadly storm engulfed the first floor of many houses that had managed to withstand the typhoon’s impact, and after the water receded, massive devastation could be seen everywhere. 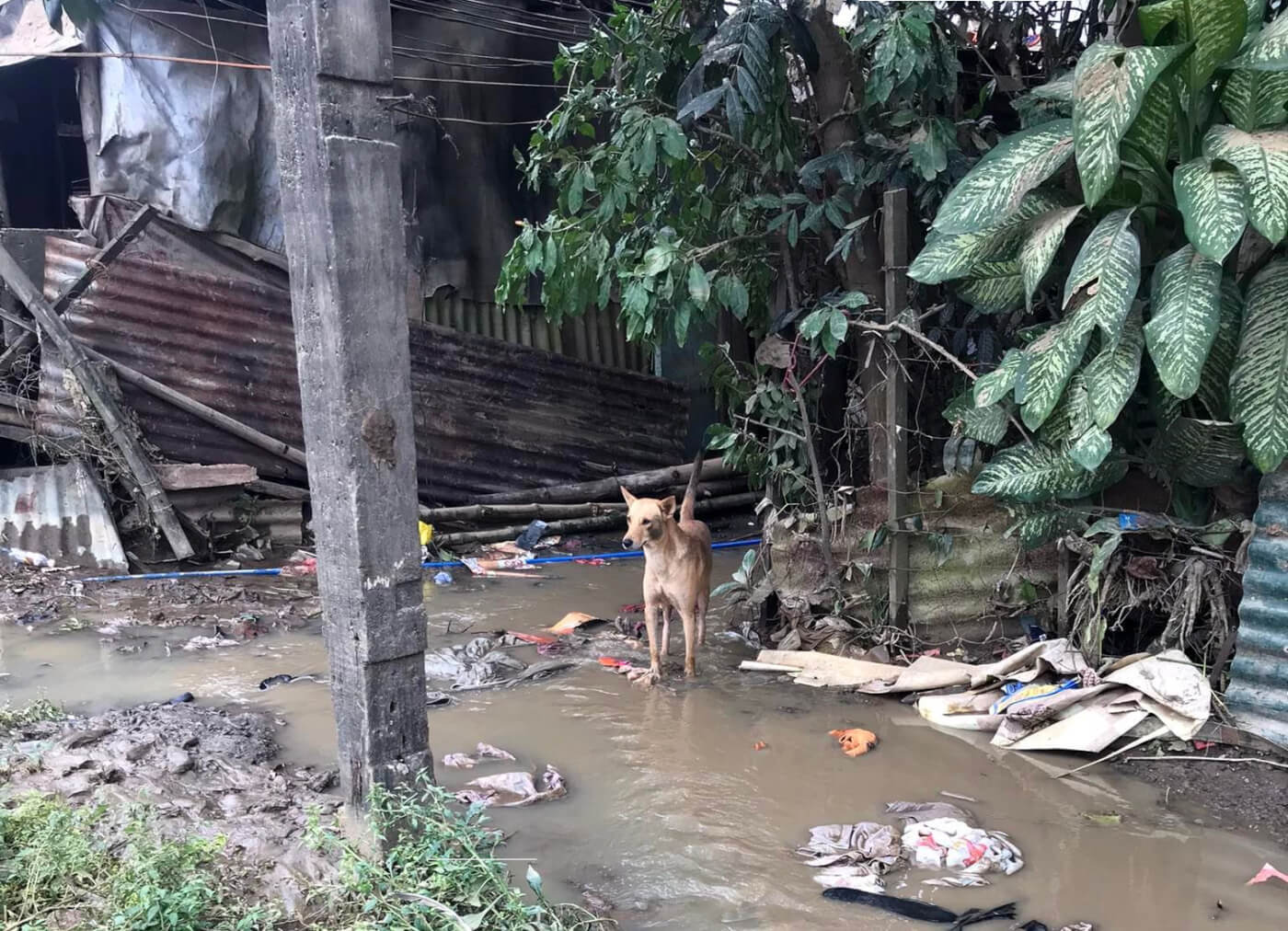 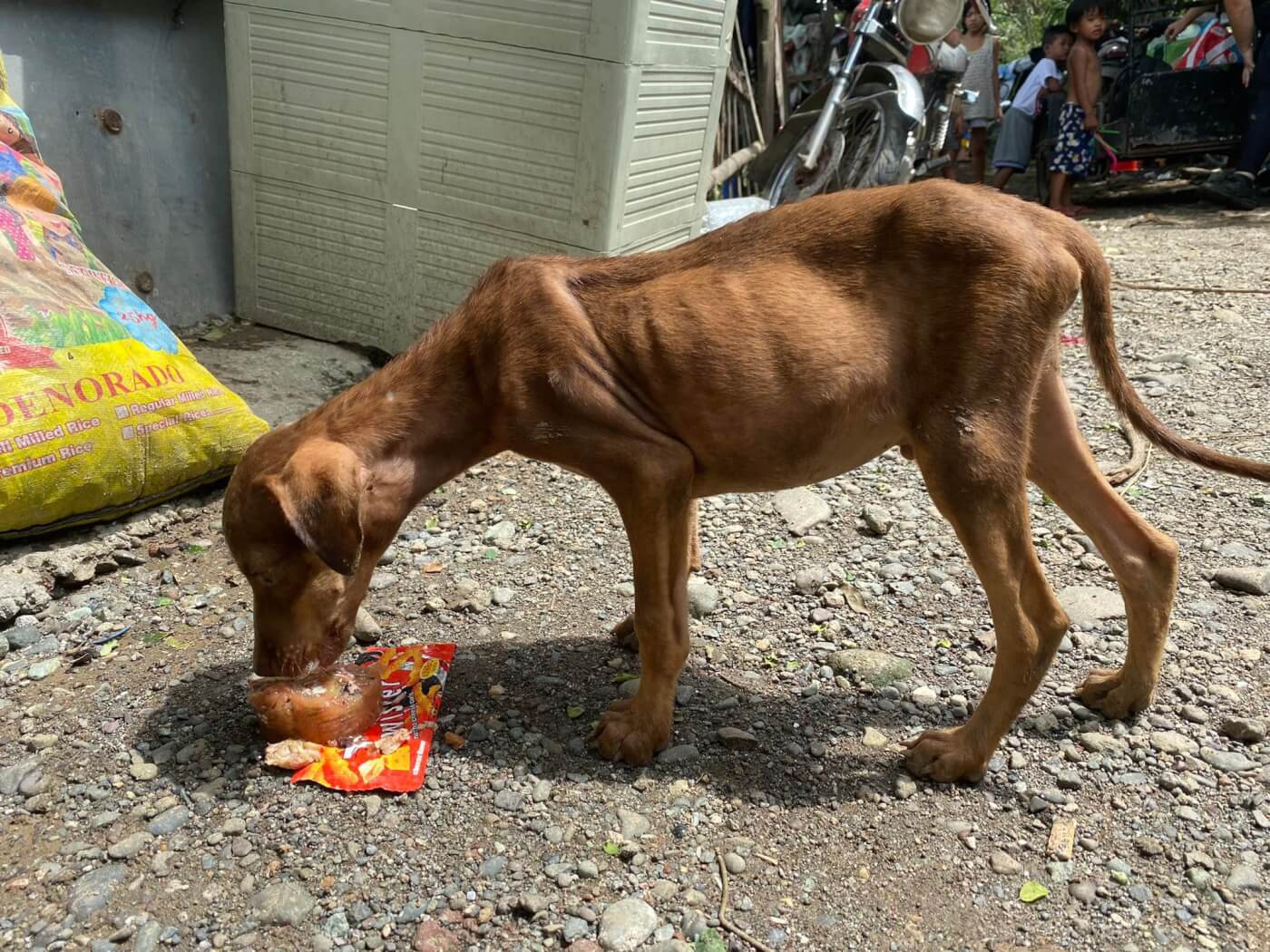 The moment PETA Asia rescuers could safely reach the area, they began looking for wounded animals. While rescuers found the bodies of many dogs who had perished in the storm, miraculously, none of the surviving animals they discovered had injuries caused by it. They also treated several animals suffering from mange and other maladies.

The team members then turned their focus to ensuring that those who had survived wouldn’t go hungry while waiting for power to be restored and stores to reopen by delivering more than 250 kilograms of dog and cat food to guardians grateful for their help. 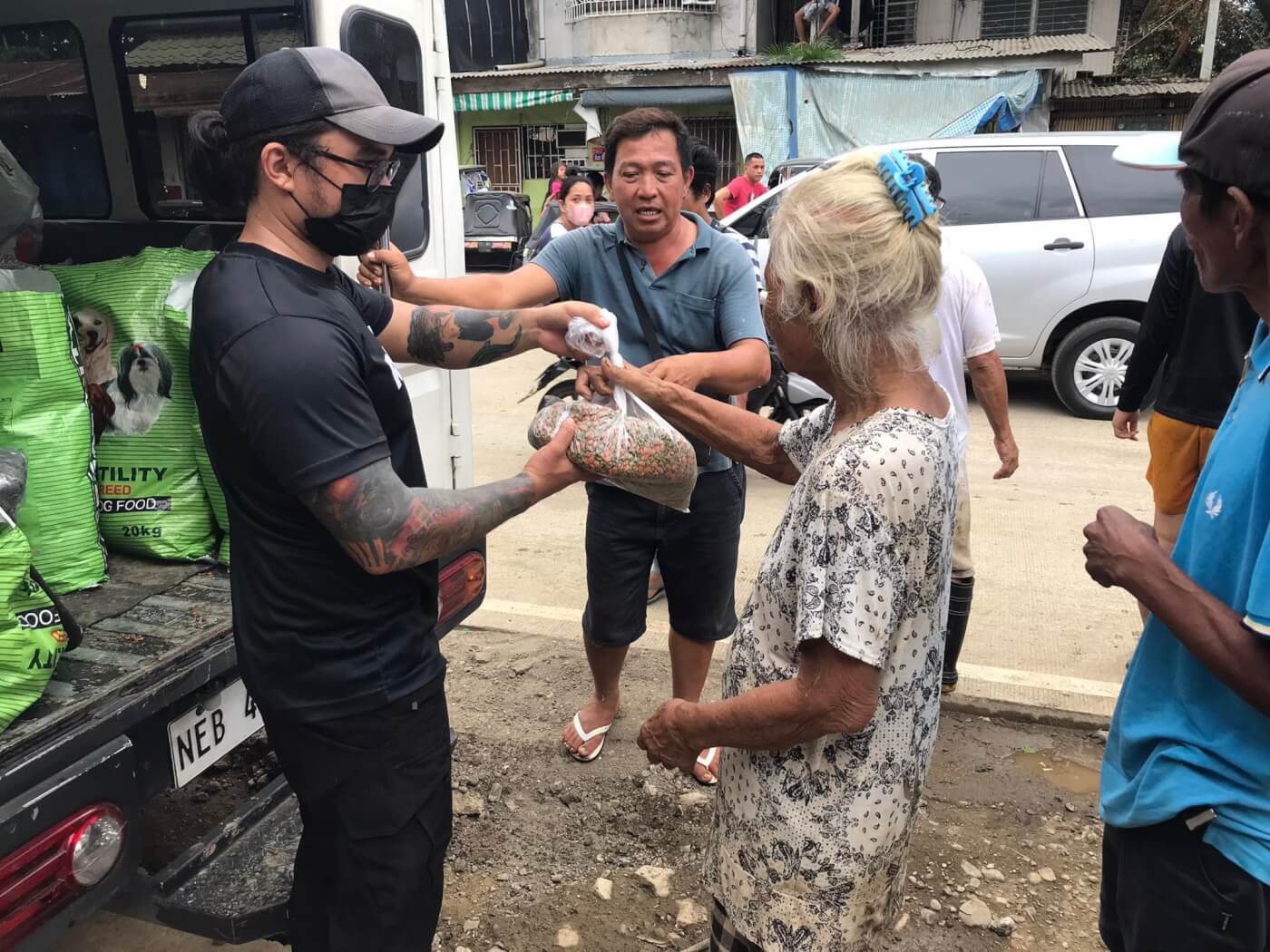 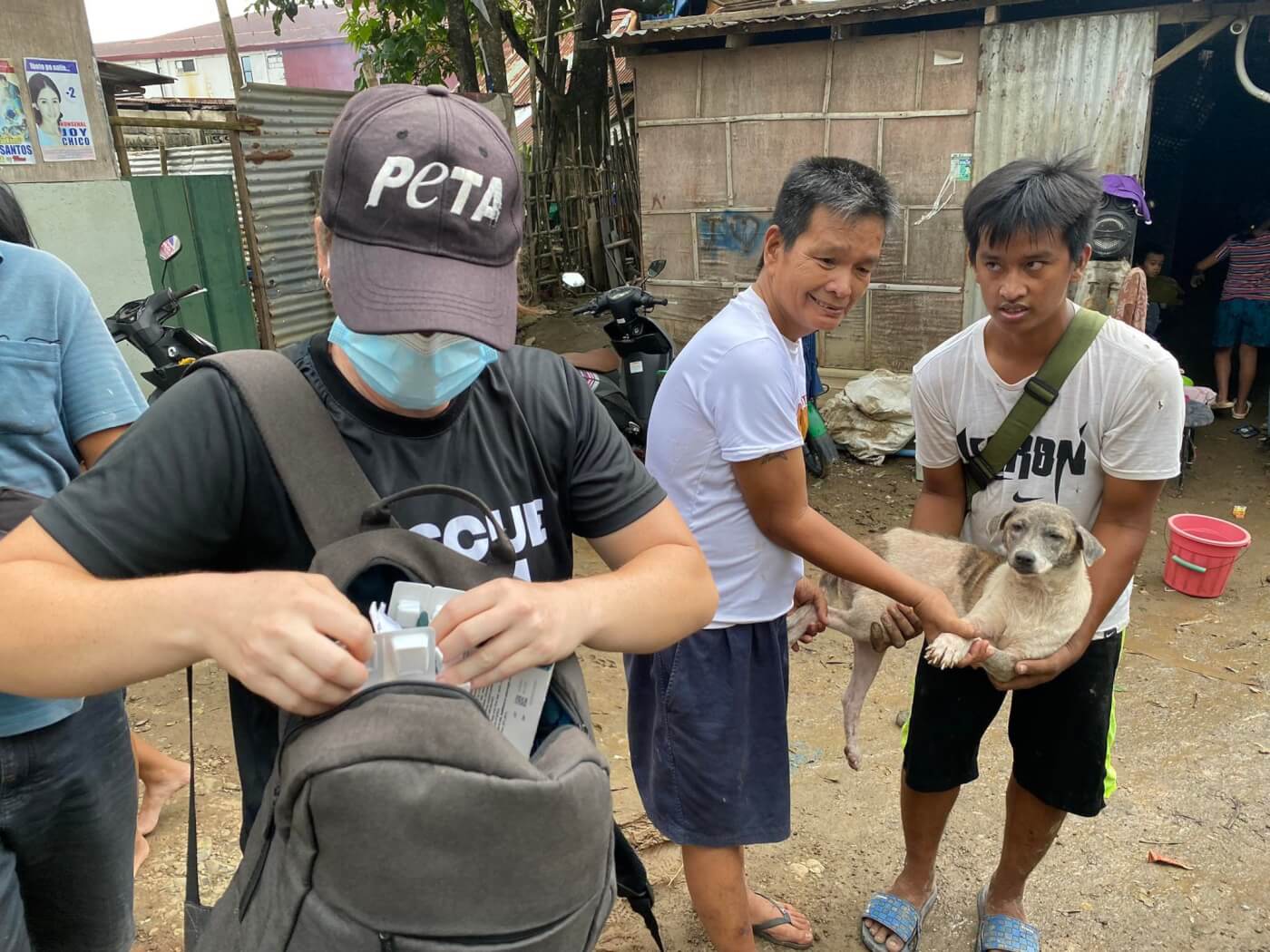 Although there was little time for the government and residents to prepare for Noru, PETA Asia encourages all residents to devise an evacuation plan that includes their animal companions.

You can support vital work, like the response to Typhoon Noru, by supporting PETA’s Global Compassion Fund.