Doting Sumatran Tiger dad, Kembali, has ripped open some meat-filled enrichment to share the genders of his three cubs!

After tearing through the colourful enrichment created by Adelaide Zoo’s BEEZA (Behaviour and Environmental Enrichment of Zoo Animals) team, he revealed the cubs’ sexes (see the reveal at the end of this clip).

The cubs were sexed during their first health check last week with Adelaide Zoo’s dedicated keepers and veterinary team.

During the check-up, the team also gave the cubs’ eyes and teeth a once-over, checked their heart and lungs, and recorded their weight.

Assistant Curator of Carnivores, Chad Crittle, said the trio were in tip-top health. 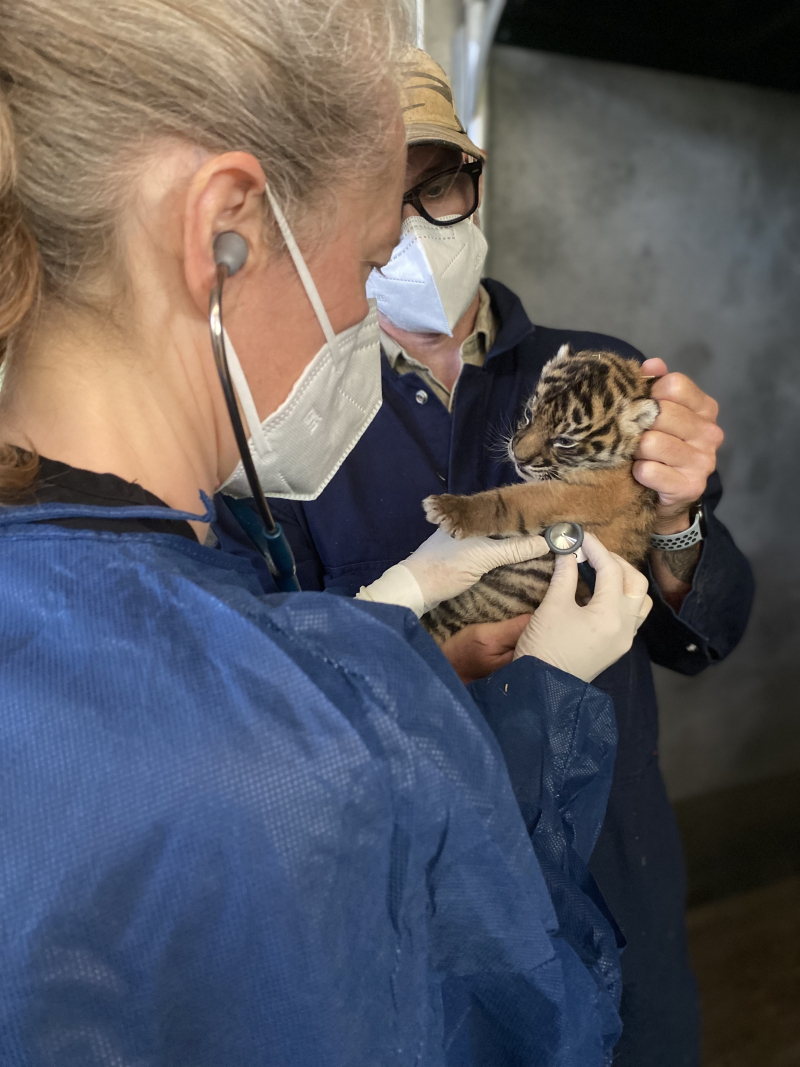 “We’re extremely pleased with how they are progressing, all three are healthy and strong, and weighed in at just over 2kg,” he said.

“At eight weeks of age, the little ones will receive their first vaccination and be checked over again. 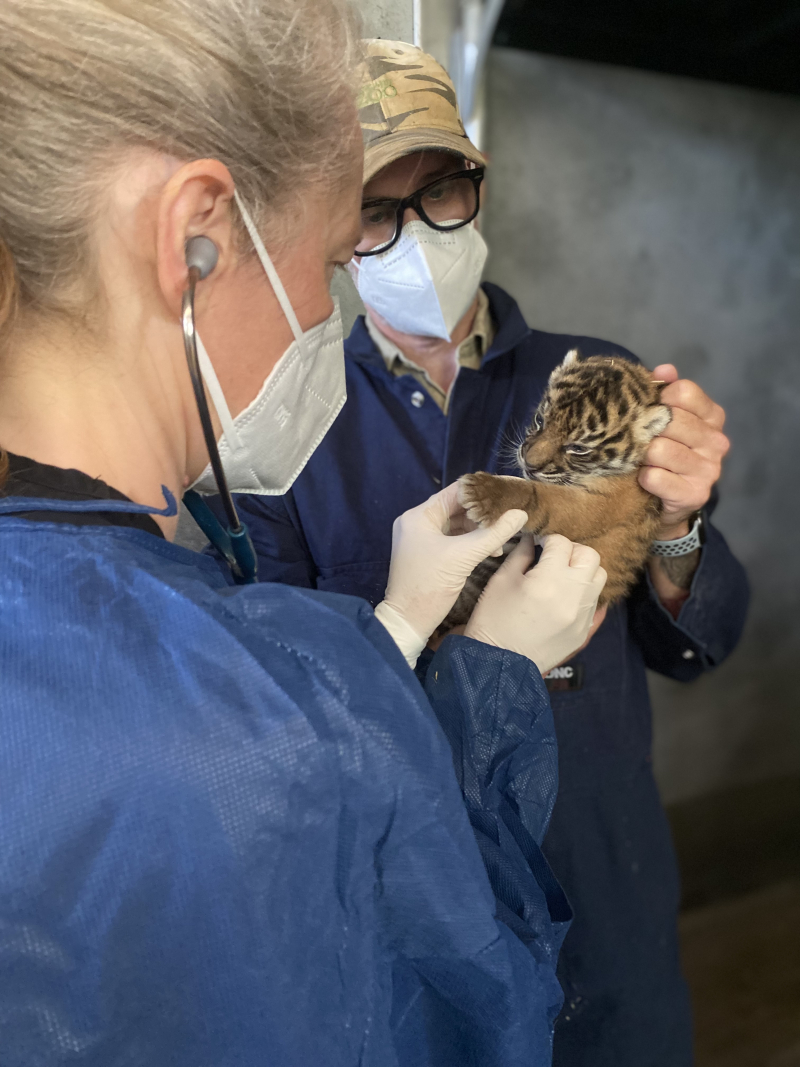 “Delilah was amazing throughout the process and continues to show us what an amazing mum she is.

“With Sumatran Tigers critically endangered in the wild, the genders of the cubs is a fantastic outcome for the future of the species.

“Tigers are solitary in the wild, however cubs stay with the mum until they are around two years of age.

“They are getting more and more confident each day and we look forward to seeing them on exhibit when they are around three months old.

“Once they are out and about, we hope to introduce them to their dad, Kembali, through the mesh.”

Over the next few months, the team at Zoos SA will also work towards naming the new arrivals.

With three little ones to name, Zoos SA has an amazing opportunity to support conservation and the protection of the species by having one cub named in a public competition, the second, hopefully, as part of a corporate sponsorship and the third to be named by some special donors who helped bring Delilah to Adelaide Zoo.

Visitors to Adelaide Zoo can see the latest Delilah and cub vision via a TV in the Immersion zone as well as regular updates online. Keeper talks with updated information regarding the cubs will continue to take place.

The birth of any Sumatran Tiger is significant as there are less than 400 of the species left in the wild.

Their population is rapidly decreasing due to poaching for the illegal wildlife trade and habitat destruction for the unsustainable production of palm oil, an ingredient found in around half of all supermarket products.

The mission of the Responsible Palm Oil Network is to work with Australasian manufacturers to move to using Certified Sustainable Palm Oil and to introduce clear palm oil labelling.

Zoos SA hopes that the arrival of Delilah’s cubs will give us the chance to open up the conversation about CSPO and how we can all shop with a purpose – to save critically-endangered animals.