NIAID is currently paying Caucaseco to run two separate sets of experiments at its associated primate center, FUCEP, a festering hellhole for monkeys that has violated Colombian animal welfare laws and where—according to the state environmental agency—experiments on these animals have been conducted without the required permit since 2012.

A November 24, 2021, inspection by a state environmental agency showed that the “primate center” in which the monkeys used in NIAID grants are confined is actually nothing more than a makeshift enclosure made of chain-link fence topped with construction mesh and plastic sheets.

There were no windows. No airflow. The cages were caked with feces and growing fungus. The inspector found that the monkeys were fed dog kibble soaked in sugary water, and there were no records of how their diet was adjusted based on individual needs or age. The monkeys were given a human mineral supplement weekly, according to the inspection report PETA obtained.

There was no veterinarian on staff. There were no medical records. The only document available at the inspection was a provisional approval form issued by what was then called the University of Valle’s Institutional Committee of Ethics Review for Animal Experimentation. It was dated July 2015 and signed by a former FUCEP board member.

Some of the monkeys were suffering from hair loss and exhibited abnormal body posture, the report said. 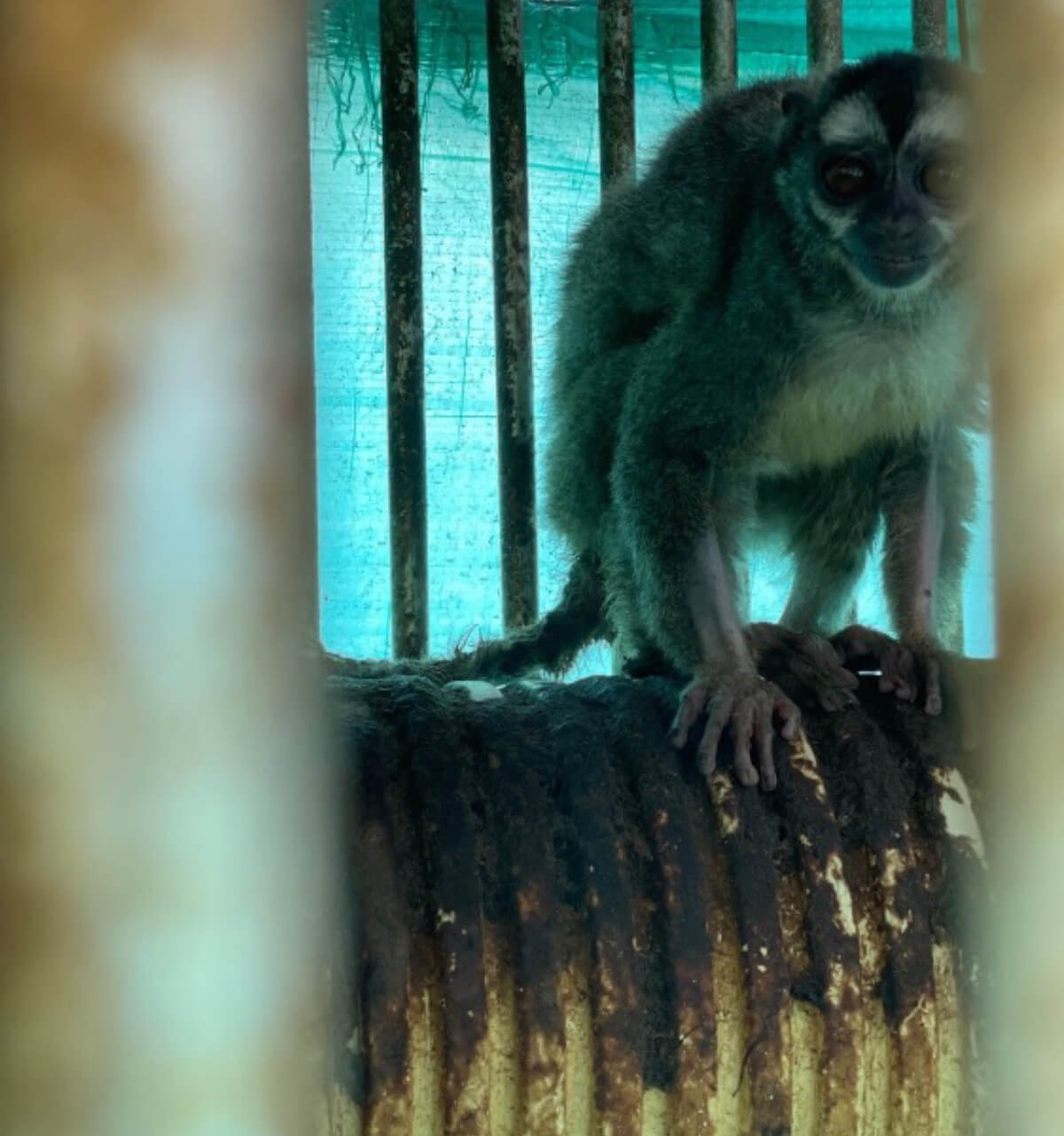 There was only one room to perform necropsies (nonhuman autopsies) and medical procedures such as sutures and wound cleaning—a single room that Herrera, Arévalo, and their staff likely barely used since, according to former employees, monkeys were left to die from their infected wounds. Just three necropsy reports were available to the inspector, not one of them signed by a veterinarian. Although the reports said that organs and tissues had been sent for pathological analysis, an employee alleged that this didn’t happen because “there are no resources to do this type of analysis.”

The state environmental agency that conducted the inspection—which also found that Herrera and Arévalo never bothered to get a permit to breed the monkeys—later decided to take legal action against FUCEP for failure to obtain permits and informed the local judiciary police about their findings for possible prosecution for mistreatment of animals. Later, after PETA filed a complaint, the office of the Colombian attorney general opened an investigation. The scope of the authorities’ actions is unclear.

PETA has also obtained waste management records showing a discrepancy between the number of recorded monkey deaths and the weight of animals the facility apparently has disposed of. In the months of March, May, July, and August 2020, FUCEP disposed of an undetermined number of animals in bags weighing a combined total of 9 kilograms, or close to 20 pounds. If these were monkeys, which would be a logical conclusion given that FUCEP only confines monkeys, the bags would have held the bodies of nine to 18 monkeys, creating a discrepancy in the number of necropsy reports available and the number of animals who died at FUCEP and whose bodies were apparently disposed of around the same months.