Primate conservationists are celebrating the birth of the world’s rarest chimpanzee at Chester Zoo.

Great ape experts at the conservation zoo have revealed that the new male arrival is in good health and has spent the first few weeks of life bonding with mum and the rest of the 22-strong troop.

In what is a longstanding tradition among conservationists, the youngster will be named after a rockstar or famous pop icon to help boost the profile of the highly threatened species.

As few as just 18,000 Western chimpanzees remain across Africa and it is the first subspecies of chimpanzee to ever be declared critically endangered by the International Union for the Conservation of Nature (IUCN). Primatologists say that the birth gives further ‘hope’ to efforts to ensure the long-term survival of the species. 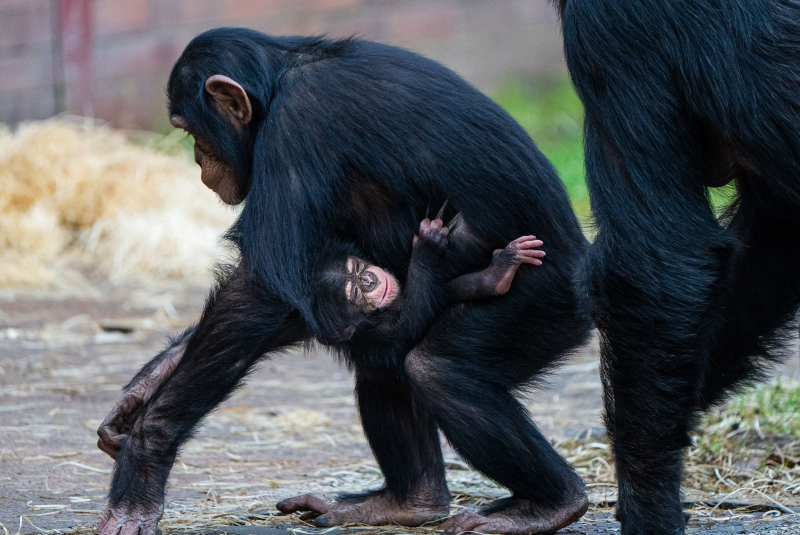 “We’re incredibly proud to see a precious new baby in the chimpanzee troop. Mum ZeeZee and her new arrival instantly bonded and she’s doing a great job of cradling him closely and caring for him. 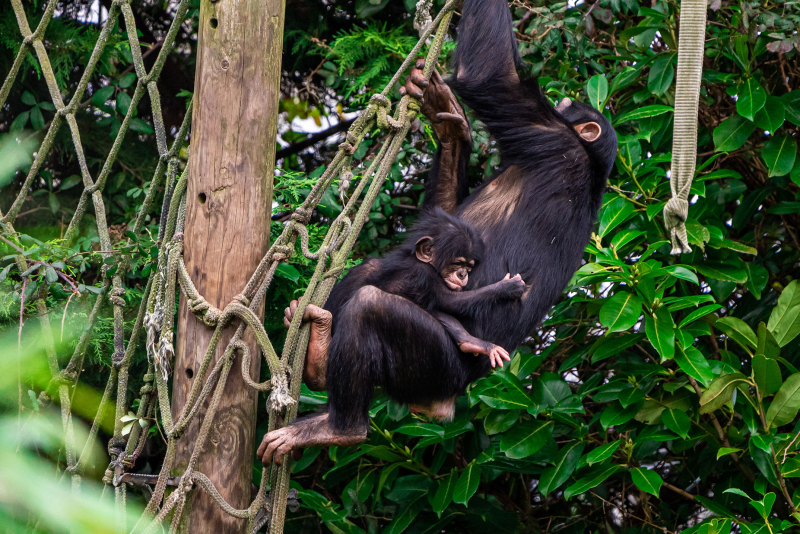 “A birth always creates a lot of excitement in the group and raising a youngster soon becomes a real extended family affair. You’ll often see the new baby being passed between other females who want to lend a helping hand and give ZeeZee some well-deserved rest, and that’s exactly what her daughter, Stevie, is doing with her new brother. It looks as though she’s taken a real shine to him, which is great to see. 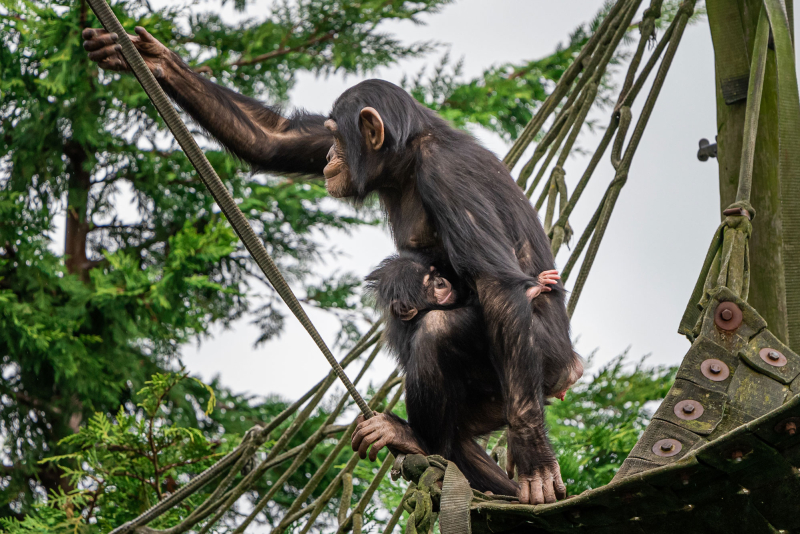 “It’s been a tradition of ours for decades now to name baby chimpanzees after famous rock and popstars in a bid to help raise some urgent attention for this charismatic species. We’ve previously welcomed Dylan (Bob), Alice (Cooper) and Annie (Lennox) – so watch this space!

“He may not know it, but ZeeZee’s new baby is a small but vital boost to the global population of Western chimpanzees, at a time when it’s most needed for this critically endangered species.” 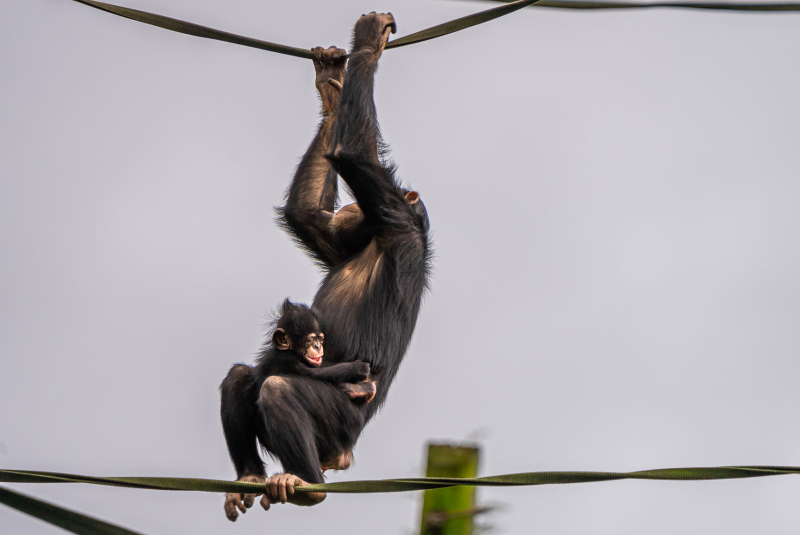 The apes are under huge threat in the wild as a result of hunting for the illegal bush meat trade, diseases spread by humans and extensive habitat loss and forest destruction across West Africa.

“In the last 25 years alone the world has lost 80 percent of its Western chimpanzee population, so the arrival of a healthy baby here at Chester offers us real hope that we can help turn things around for this species. 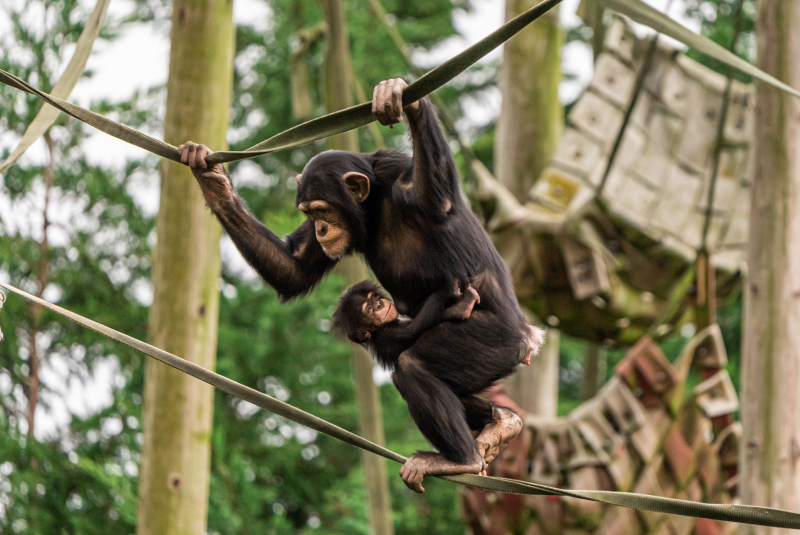 “We’re in the midst of a global extinction crisis. The UN estimates that one million species could be wiped out in our lifetime. But, as a world-leading conservation zoo, we’re doing everything we possibly can to halt and reverse this. Our teams have worked on the ground in Uganda, Nigeria and Gabon to help protect wild chimpanzee populations and their forest homes. This work, paired with the endangered species breeding programme in conservation zoos, will help play a key role in protecting this species from being lost forever.”

Small populations of the Western chimpanzee are still found ranging from Senegal to Ghana in West Africa – but have sadly become extinct in Benin, Burkina Faso and Togo. 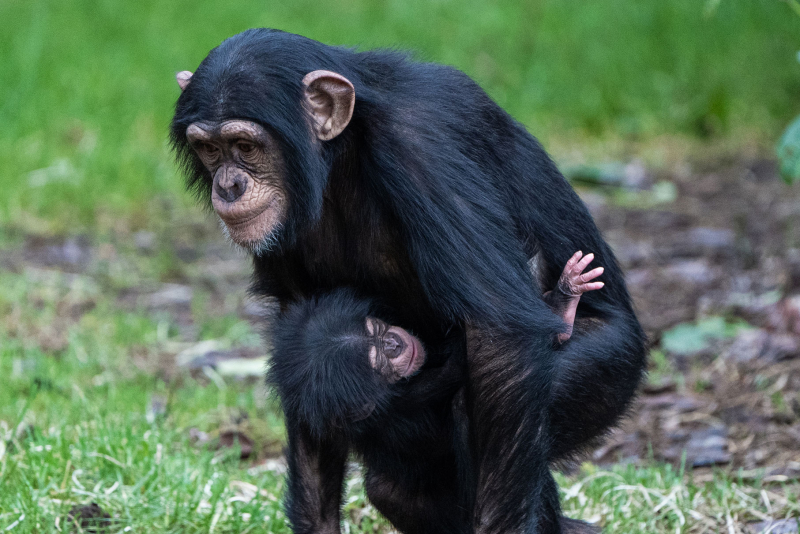 Chester Zoo is actively involved in the conservation of some of the world’s rarest chimpanzees in Africa and supported efforts to protect the last stronghold of the Nigeria-Cameroon chimpanzee, in Gashaka Gumti National park in Nigeria, for more than 20 years. 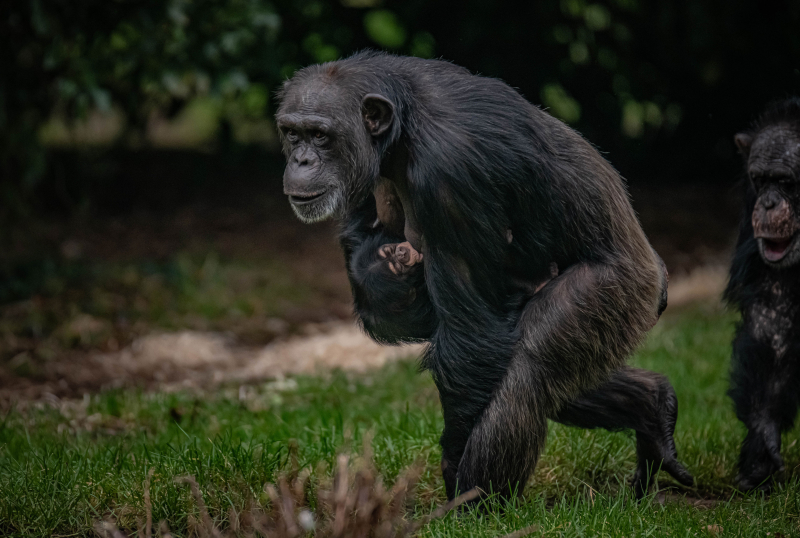 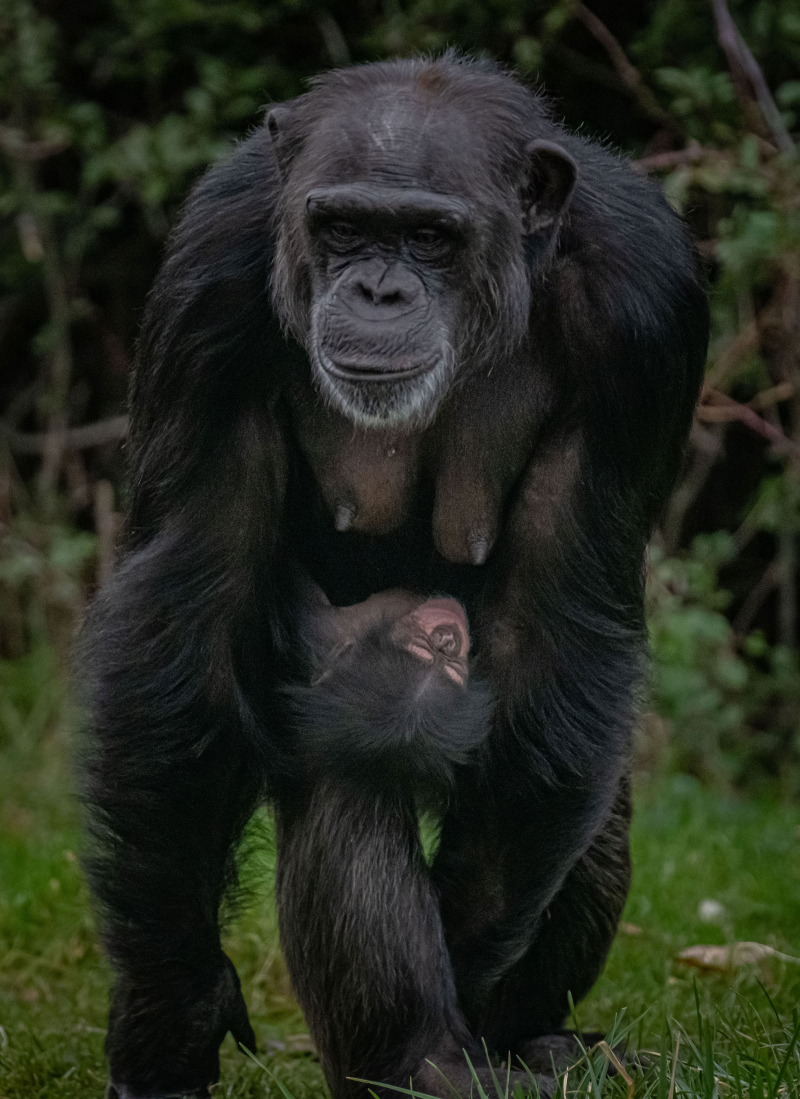 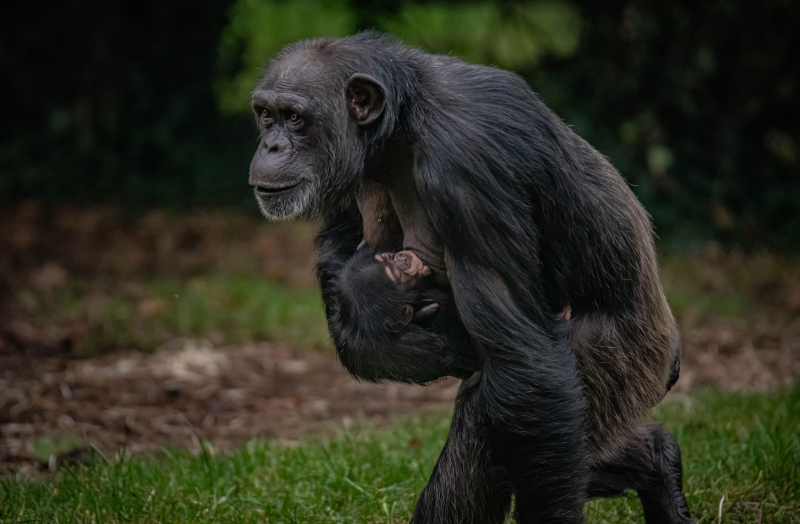 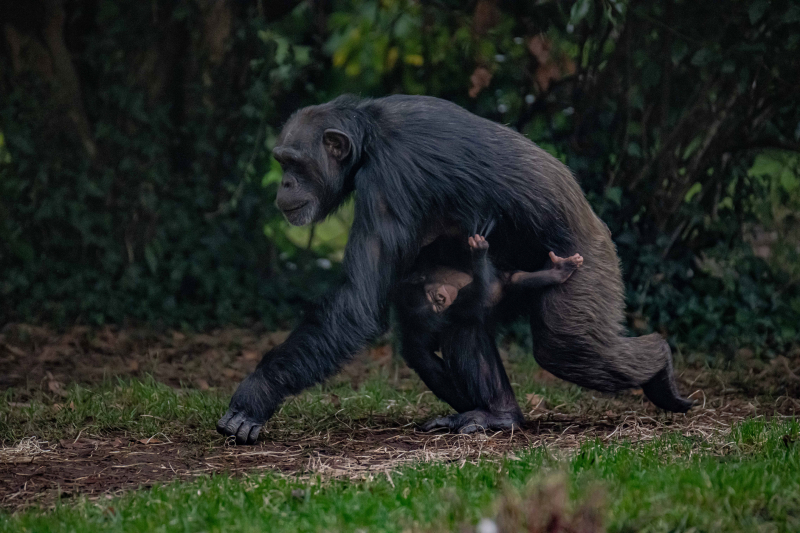 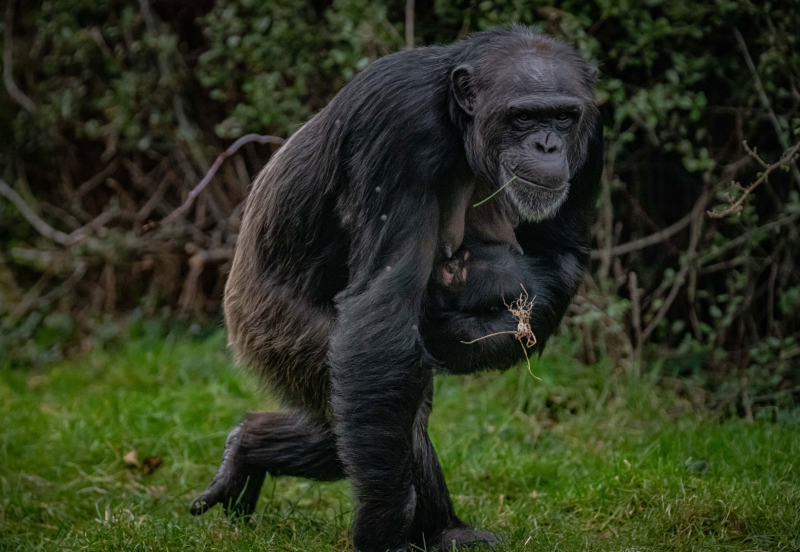 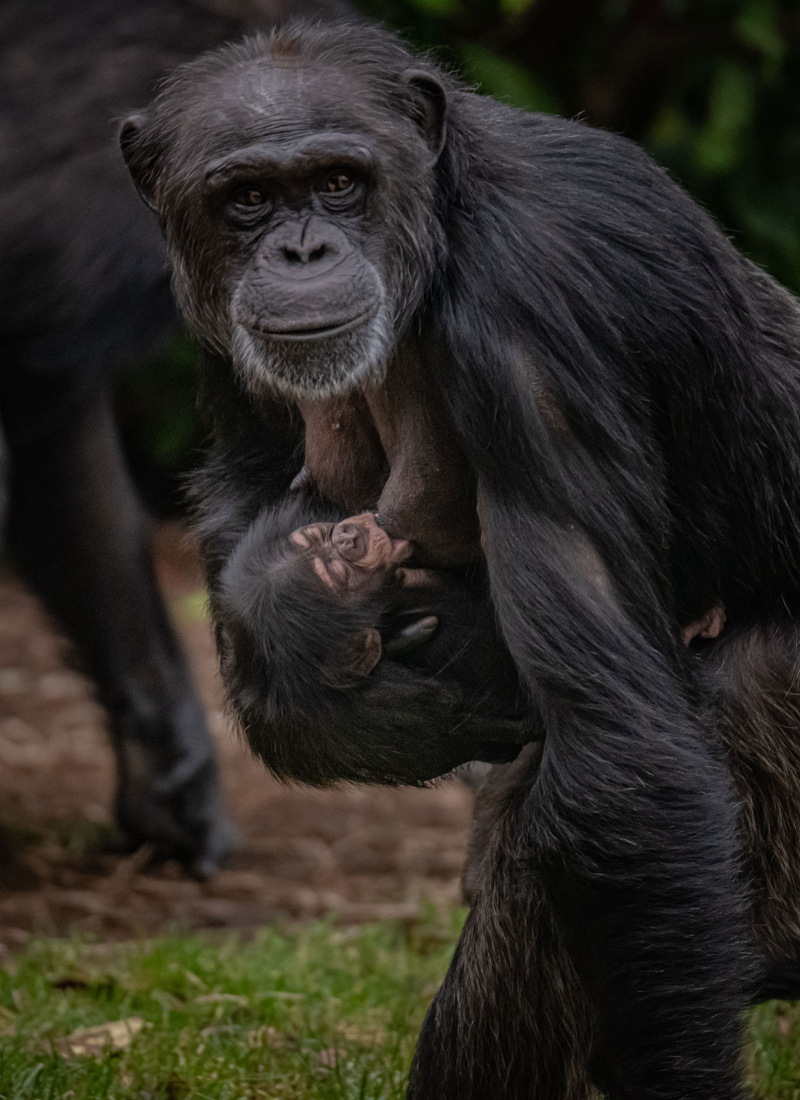 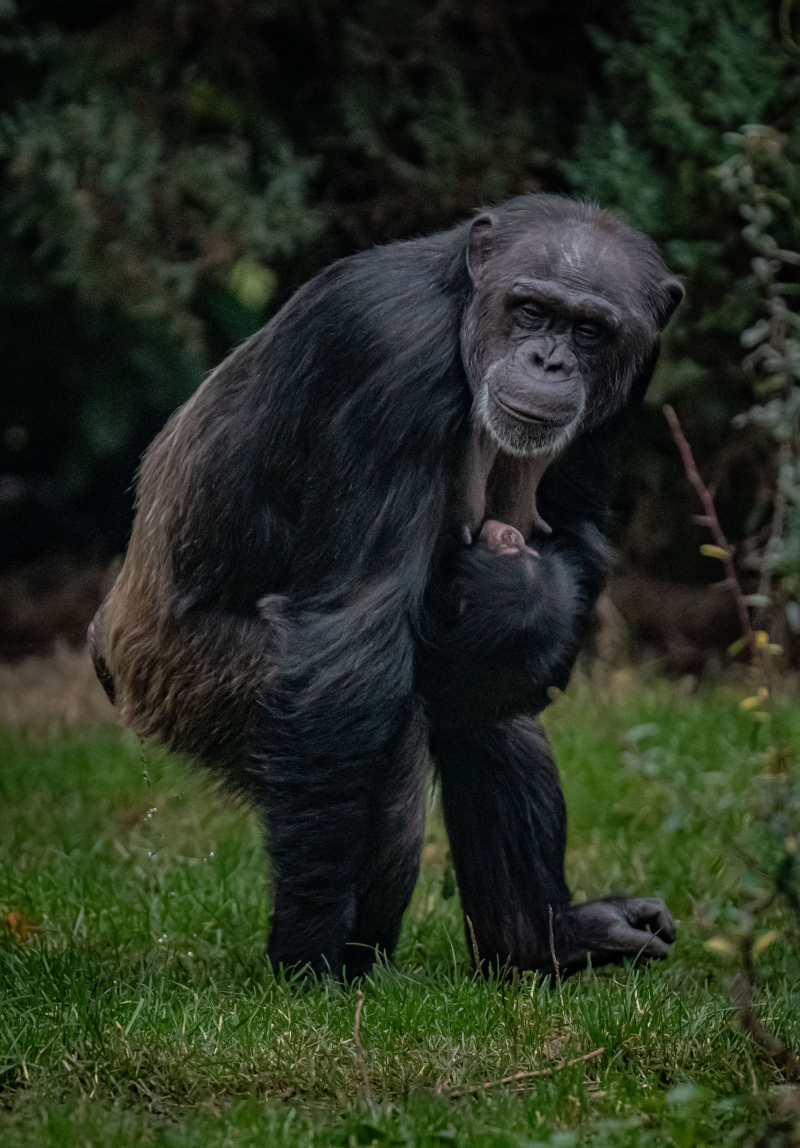 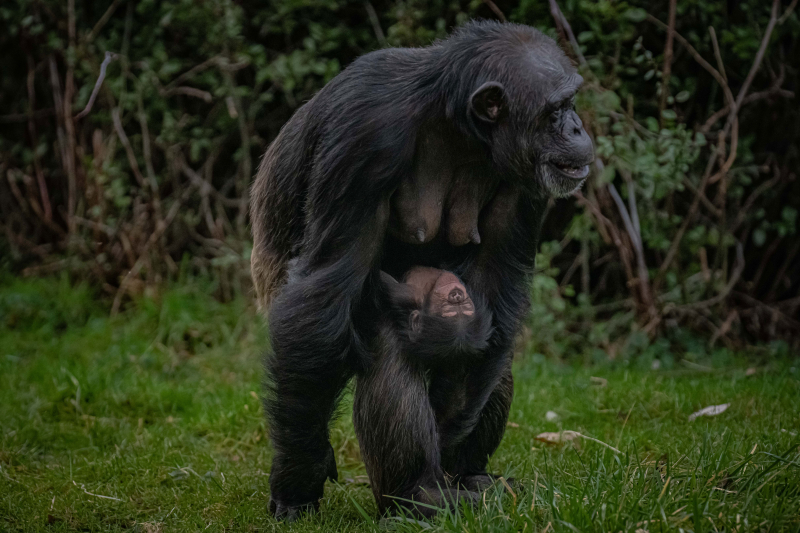 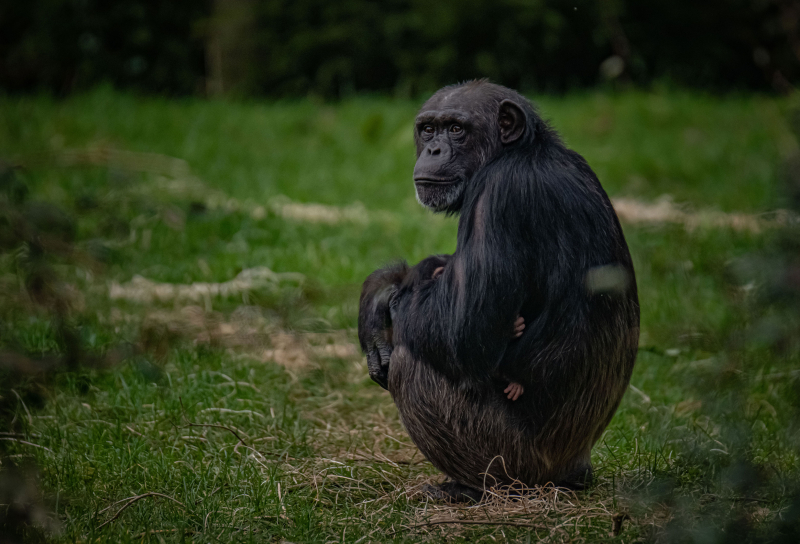